Theory of Time Dilation/ Twin Paradox and Its Limitation

Washington DC, capital of USA, and Delhi, capital of India are situated at a time difference of 12/13 hours. If we travel this distance by a rocket with a speed of 10 mile/second it will take only 9/10 minutes. When we start at this speed from Washington DC to Delhi at 8 PM we will reach Delhi by 8:10 PM, Washington standard time. When we return back to Washington DC it will be 8:20 PM, Washington standard time. Only 20 minutes is gone by the coming and going process. Though it will be morning in Delhi. But this will happen in case of every short and long distance. No matter you travel at speed of, rocket, Light or more than the speed of light. If you travel at the speed of light for 2 years and when you will come back again to the earth; it will be passed-a total of 4 years; 2 years for going and 2 years for coming. Both the traveler and non-traveler will pass the same time. If the travelers are twin, they both will be older by 4 years more. There is no such thing as twin paradox will happen. Their look may be a bit different due to gravitational force on the earth.

Theory of Time Dilation: Ever since we know about Albert Einstein and time as 4th dimension; it became a renowned theory that we can travel time in the future or past if we go at the speed of light or more than the speed of light [1]. But according to my observation, speed doesn’t help us to across the time no matter whether it is same as light as or more than light. Because, what we say and understand by time is the earth’s perspective observation.

So, any speed is not helpful to travel and pass the time- present. We should think that time is another dimension and as per the great scientists Albert Einstein it’s the 4th dimension. [2]

Our life on earth is the 3rd dimensional life. We are living in 3rd dimension and trying to travel another dimension with super/hyper speed which is not logical at all.

Logical Explanation When We Go At Faster Speed As Light

So, where is the scope of time dilation for the man who is travelling at speed of light or more? And the man who is staying on the earth? The same thing will happen no matter what ever the distance is. Only crossing the distance time will be passed, it does not matter which is our speed, which is the place we are travelling. It is true that speed can help us to travel faster than usual time. But we have to think that time which we are mentioning it’s the perspective of the earth. We are calculating it by the rotation of the earth around the sun. It is not the exact time or the true time which is the 4th dimension. [4]

Depth Analyze When We Move At Speed Of Light

What We Say As Time; Actually Is Quantum Rotation Scale

The quantum rotation is not the real time- the 4th dimension. Minute, seconds, hours, days months, everything is scaled and measured as per the earth’s rotation around the sun. One full rotation of the earth is known as year [7]. Day, minutes, hours are the small units of the division of one rotation or one year count. [8].

So, basically what we call time is the measurement scale of universal quantum rotation. [9]

Time Is Not Influenced By Gravity As Well

In a line of Wikipedia it is written as like this “A clock that is under the influence of a stronger gravitational field than an observer's will also be measured to tick slower than the observer's own clock” [10] - in this statement it reflects that they are measuring the time/clock on the earth with gravitational force.

But gravity has no influences on the real 4th dimension we call as time. Gravity and Quantum Rotation activities are parts of time and they can influence the time least than we can think. Due to change/speed of time gravity and quantum rotation happens. “Time doesn’t changes due to gravity or quantum rotation” is what I like to say.

Time is the fourth dimension. Everything- matter, nonmaterial, visible, invisible virtual things are included in it. And often we are mixing up this quantum rotation with the 4th dimension -time.

So, based on the above fact we can say that twin paradox or time dilation is actually an emotional theory without the practical and basic logic. In the basic assumption of time dilation is defining Time as the quantum rotation, gravity only. But in practical time is the 4th dimension and including each and every known unknown visible or invisible thing. 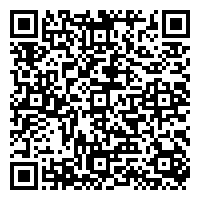