The universe's temporal development, the hybrid scale factor, and the change from an epoch dominated by matter to one dominated by dark energy

Citation: Jacobsen D. The Universe's Temporal Development, the Hybrid Scale Factor, and the Change from an Epoch Dominated by Matter to One Dominated by Dark Energy. J Space Explor.2022; 11(9).236

The main issue in current physical cosmology is the late temporal crossover from the era of matter dominance (represented by power-law evolution) to the era of dark energy dominance (represented by exponential evolution). It is impossible to arrive at a comprehensive theory of cosmology unless this crucial transition problem is resolved. We provide a novel theory that involves the interaction of dark matter and dark energy through a potential in order to explain this crucial shift. We analytically analyse this model using the FLRW framework to determine the scale factor a. (t). We also compute all cosmic quantities quantitatively. We discover more important outcomes when illuminating the essential transition's physical process. Other cosmological parameters including the dimensionless Hubble parameter h, the deceleration parameter q, the jerk parameter j, and the EoS parameter are also obtained and examined numerically. We demonstrate that every cosmic quantity in this model is supported by consistent empirical findings for the periods when matter and dark energy predominated. As a result, we take into account the Universe's late time crossover phenomenon, propose an interacting dark matter and dark energy model, and demonstrate that this model can account for the Universe's late time crossover phenomenon. Our solutions are also very well in line with both theoretical and observational findings. We conclude by stating that our study makes crucial strides toward resolving a crucial open issue in cosmology and has the potential to establish a paradigm for ongoing research in this area. The model also provides insight into how dark matter and dark energy interact in the universe.

Two groups proposed the rapid expansion of the universe in 1998 based on observations of Type Ia Supernova (SN Ia). The most significant problem in contemporary cosmology is now how to explain the physical cause or process of the universe's accelerating expansion. The rapidity of the universe's expansion caught everyone off guard. According to the timeline of the universe's history, the universe experiences phases of radiation and matter dominance following early temporal inflation. It is generally known that in the radiation-dominated epoch, the scale factor development takes the functional form of a t1/2. In the matter-dominated period, it is specified in the FLRW measure as a t 2/3. The Friedmann equations can be solved to acquire these parameters. It is noted that the power-laws indicate the universe's growth in both eras. The findings of supernovae, however, were startlingly distinct and show that the expansion of the universe is occurring at an exponential rate (H0t). As a result, the physical cause of exponential growth looks to be a significant and difficult issue in modern physical cosmology. It's interesting to note that the cosmological constant, often known as Dark Energy (DE), has been proposed as a possible explanation for this time period under the FLRW framework. . This time period is frequently referred to as the dark-energy age. It is still unknown where dark energy comes from physically. In an effort to explain the genesis of dark energy, numerous intriguing theories have been put out in the literature, including quintessence, phantom , k-essence, tachyon, Chaplygin gas, and holographic dark energy. However, the most significant issue with the change from a power-law to an exponential increase is not well addressed by these models. This time crossover, also known as a late time transition, is one of the key issues in cosmology. The late time transition of the universe and suggest a novel model to resolve this difficult cosmological issue. We want to make a few remarks before introducing the model. First of all, we are aware that the scale factor is a measurement that describes the dynamics of the universe's timedependent expansion. A generalized scale factor to describe all phases of the universe, however, was not suggested nor found in the earlier theoretical models. The second argument is rather different from the first, and it asks if we can classify this crucial transition as a phase change or a catastrophe change. It is obvious that the issue is more complex and necessitates a complex solution. As a result, to broaden this conversation, we might require new participants. Dark Matter (DM), whether it is baryonic or not, and dark energy are potential contenders. It was recently proposed that dark energy may be dynamic and change over time.

Although its physical origin has remained a mystery to us, dark energy is recognized to be the cause of the universe's latetime exponential growth. To explain this catastrophic-like shift, dark energy alone does not appear to be adequate. Therefore, in this study, we suggest a dark matter and dark energy interaction model, where are represented by a two-scalar fields in a Lagrangian in the framework of the FLRW metric, to explain this unexpected and catastrophic-like transition. In our concept, a potential that is controlled by two oscillators and two anti-oscillators interacts with two scalar fields. 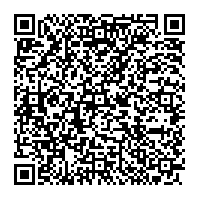