Microbiome and health are closely related concepts. For safe and successful long-term space travel, resilient microbiomes in, on, and around the human body will be essential. However, longitudinal dynamics of microbiomes inside constrained constructed settings are still poorly understood. Here, we investigated microbial transfer between crew and habitat as part of the Hawaii Space Exploration Analog and Simulation IV (HI-SEAS IV) mission, a one-year isolation study, in order to comprehend negative developments that may take place in a future colony on the Moon or Mars. Significant changes in microbial diversity, abundance, and composition between samples of the constructed environment and its crew were found using longitudinal 16S rRNA gene profiles and quantitative data. The microbial skin profiles of individual crew members were found to be highly dynamic, resulting in an increased microbiome diversity at the end of the isolation period, in contrast to the microbiome composition and diversity associated with abiotic surfaces, which were found to be relatively stable. Within the first 200 days, there was a frequent transfer of the indicator species Methanobrevibacter between crew members, which highlighted the dynamics of the skin microbiome.

Possible start of a long-term human presence on the Moon during this decade. In the Space Policy Directive-1, the US government committed to taking the lead in such an effort. As of now, the south pole of the Moon is to have a crew touched down by 2024, followed by a permanent presence by 2028. The "Moon Village" proposal, a significant joint endeavor that would result in a permanent settlement on the Moon, has been vigorously promoted by the European Space Agency (ESA) since 2015. Additionally, the most recent Ministerial Council anticipates a significant role for ESA in the US-led Moon programmer. The Canadian Space Agency and the Japan Aerospace Exploration Agency (JAXA) are other Collaborators (CSA). The Moon is anticipated to act as a proving ground for crewed trips to Mars, even though lunar research has the potential to dramatically advance many fields of science and technology in and of itself. Private spacecraft firms have also made it their mission to reach Mars, most notably SpaceX, which plans to land there as early as the 2020s. Microorganisms will invariably accompany the crew on such missions since they are thought to outnumber human cells in our body and because each person exhales millions of them per hour. Given the importance of our microbiome to human health, a crewed voyage without any microbes is unfeasible, unethical, and undesired. Microbial communities could, however, seriously endanger upcoming missions if they are not properly maintained. Pathogens pose the clearest dangers to the crew's wellbeing. The close confinement and proximity of crew members, the scarcity of effective treatments, the increased risk of microbial transmission in microgravity, the limitations on hygienic procedures, the potential for increased virulence and decreased antibiotic susceptibility of bacteria in space, the lowered immune responses of astronauts due to microgravity, radiation, and stress all contribute to this risk. Furthermore, the creation of resilient microbiomes in their habitat may be hampered by the absence of ambient microorganisms that would otherwise compete with human borne pathogens for the same niche. Opportunistic pathogens, a natural component of the microbial variety associated with humans, were found on the International Space Station, even though no life-threatening illnesses have been documented during spaceflight to yet (ISS). However, these bacteria may be responsible for a number of minor medical occurrences, including those involving the urinary tract, the upper respiratory system, and the subcutaneous tissue skin illnesses from other planets. Emergency returns become impossible, especially while travelling to Mars, which is anticipated to take at least 520 days. Given the high value of astronaut working time, even in a relatively moderate sickness scenario, the ensuing decline in output could result in a sizable loss. In any event, microbial communities will be crucial to upcoming space missions and could have a significant impact on their success. Space agencies' efforts to describe them on board the ISS indicate their relevance. Our main hypotheses were that the microbiome of the HI-SEAS habitat would follow a longitudinal homogenization between individual crew members as well as the surrounding built environment, that overall microbial diversity would be diminished, and that the microbiome would resemble other long-term experiments in Isolated Confined Built Environments (ICE) on Earth and on the International Space Station.

Our methodologies were insufficient from a microbiological standpoint to identify a high risk of infection or the transmission of bacteria that are resistant to antibiotics to crew members. However, we now view this risk as being incredibly low because to recent information from the ISS. Even though the risk was considered to be low, it became clear that microbial dynamics inside constrained and isolated ecosystems needed to be monitored in order to understand the effects of unique occurrences like the pollution brought on by the composting toilet. Additionally, baseline data on the microbiome of the habitat, its inhabitants, and post-sampling events would considerably enhance assessments of the effects of confinement on the inhabitants and the surfaces of the habitat. The majority of analogous research, whether they were conducted on the ground, like Mars, or in space, like the ISS, revealed a similar picture of the long-term homogeneity, composition, and diversity of microbiomes. 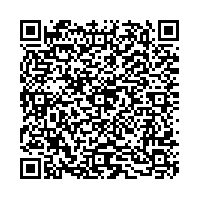