This article provides new insights in the interaction of light and matter, describes physical processes and technologies that enable quantum propulsion with levitation and teleportation, and a nuclear accelerator in space that enables spacetime travel beyond time and space dimensions.

We show below the virtual model of a bosonic superconducting cosmic string (Figure 1) compared to our actual model of a quantum harmonic system (Figure 2) that enables the creation of quantum generator for quantum fusion, flexible (folded) quantum nano-computers, space computer and TV displays in quantum telecom and cyberspace, engineless quantum transmission and propelling devices for cars and aircrafts, superfluid propulsion for rockets and spacecrafts, levitation and teleportation based on three fundamental laws of physical-chemical kinetics: (1) the law of entire equilibrium, (2) the law of the duality of elementary processes (or the equality of direct and reverse transition probabilities), and (3) the law of equal a priori probabilities. It is shown that said three laws follow from the law of the symmetry of time, and furthermore, that the first and third of these laws are both derivable from the second [1]. 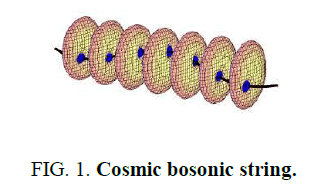 Accordingly, and contrary to the common bosonic string model in Figure 1. We model the ultracold hollow cylindrical superstring (Figure 2) as a space-time piercing quantum tube with Casimir effect in interacting Bose-Einstein condensate inside a cylindrical tube in overlapping counter-rotating magnetic fields (Figure 3) and in quantum fusion in quantum entanglement and tunneling (Figure 4) [2]. (Compare with the space-time piercing characteristics of neutrinos and their left-right counter-spinning ability).

This concerns our rotating and revolving quantum tube model which can self-gravitate due to the following phenomena: a system N of self-gravitating bosons or fermions can by the loss of total energy gain gravitational energy and hit up. If the particle number N is smaller than a critical number NF/crit (Plank mass/m)3 for fermions and NB/crit (Plank mass/m)2 for bosons, the system can heat up to temperatures and concentrate to densities such that some particles will reach a quantum ground state, functional of the total particle number [3]. By further cooling of the system, the N particles approach the well-known fully condensed or fully degenerate configurations. For bosons, the appearance of a quantum condensed state leads to a phase transition of the first kind. For fermions or bosons, the systems increase their temperature and condense to configurations for which a general relativistic treatment is mandatory. The concept of maximum temperature for a self-gravitating Bose or Fermi system is feasible:

Consider also the role of the Drinfeld double DSU (2) in the context of 3D Riemannian loop quantum gravity. This constitutes our self-gravitating quantum system in the Fock space of the free self-gravitating field: the vacuum is the unique DSU (2) invariant state, one-particle states correspond to DSU (2) unitary irreducible simple representations and any multi-particles states are obtained as the symmetrized tensor product between simple representations. The associated quantum field is defined by the usual requirement of covariance under DSU (2). Then, we apply a DSU (2)-invariant self-interacting potential and explicitly compute the lowest order terms (in the self-interaction coupling constant λ) of the propagator and of the three-point function. Finally, we compute the lowest order quantum gravity corrections (in the Newton constant G) to the propagator and to the three-point function [4].

A Bose-Einstein condensate of cold atoms is a superfluid and thus responds to rotation of its container by the nucleation of quantized vortices. If the trapping potential is strong, there is no theoretical limit to the rotation frequency one can impose to the fluid, and several phase transitions characterized by the number and distribution of vortices occur when it is increased from zero to infinity. In this note we focus on a regime of very large rotation velocity where vortices disappear from the bulk of the fluid, gathering in a central hole of low matter density induced by the centrifugal force.

The envisioned supercavity might be created as an electro-magnetic bubble that repels air in a magneto-gravitic propulsion system. The method makes use of H energy to create a magnetic bubble or mini-magnetosphere. The magnetosphere is produced by the injection of plasma on to the magnetic field of a small (<1 m) dipole coil tethered to the projectile. In this way, it is possible to attain unprecedented speeds for minimal energy and mass requirements. Since the magnetic inflation is produced by electromagnetic processes, the material and deployment problems associated with the mechanical sails are eliminated [5].

Researchers at the University of Missouri have devised a method of creating and launching rings of plasma through open air. Now, in general, it’s very easy to produce plasmas in a vacuum, and to control them with massive electromagnets. Most of our attempts at controlled nuclear fusion, which involves the creation of high-energy deuterium-tritium plasma, have required immensely powerful electromagnets to create and/or control the plasma. (See: 500 MW from half a gram of hydrogen: The hunt for fusion power heats up.) The University of Missouri, however, has devised a method of creating plasma that creates its own magnetic field, which acts as a containment field as it travels through open air [6].

In its small design, below, it could propel small projectiles and warheads to any remote part of the earth, making guns and ballistic missiles obsolete. In a large quantum arbalest design per our unified matter model in ch. IV it can propel plasma into open space against asteroids, etc.

He lasers rapidly rotating trapped Bose gases in magnetic vortex, capacitor is then discharged. The gap between the electrodes ionizes, turning the non-flamma. High voltage source and a large capacitor bank is used. Both are attached in series to the electrode system in the chamber. The capacitor is loaded with as high a voltage as possible. However, a kinetically useful energy is achieved with as little as severalkilojoules, making the propellant medium into superheated conductive plasma. Associated volumetric expansion propels the projectile from the chamber at high velocity.

In medium design, it could propel satellites and spacecrafts to open space without rockets.

In its large design it can propel plasma jet to any part of the earth to use its kinetic energy to annihilate any target or large area, with an impact similar to devastating kinetic impact of a large space object [7].

It its superfluid design, it could propel plasma cluster into open space at zero gravity.

A physical system can self-gravitate under a.m. conditions, propel itself and eject plasma as it happens in a black hole. 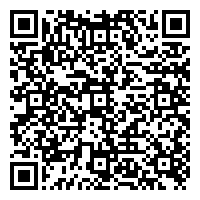