Salmonella is a diverse genus that causes high-burden food- and water-borne gastroenteritis all over the world. Single nucleotide polymorphisms (SNPs), indels, and genomic rearrangements within primer and probe can impair the sensitivity and specificity of PCR-based culture-independent diagnostic testing (CIDT) methods for Salmonella, which rely on a highly conserved gene target primer and probe sequences. The significance of prospectively obtained genomic data for confirming CIDT targets is demonstrated in this paper. The genomes of Salmonella isolates collected and sequenced prospectively in Australia were used. To determine nucleotide dissimilarity, the sequences three Salmonella CIDT PCR gene targets (ttrA, spaO, and invA) were systematically examined. The analysis of different serovars and MLST types revealed differences within and between PCR gene targets ranging from. The ttrA target gene employed by the Roche LightMix has the lowest average dissimilarity, however entropy across the gene suggests it may not be the most stable CIDT target. While the benefits and drawbacks of substituting bacterial culture with molecular assays are still being debated, the expanding amounts of genomic monitoring data allow for periodic regional appraisal and confirmation of CIDT targets against both common and new serovars. While the advantages and disadvantages of using molecular assays instead of bacterial culture are still being contested, the growing amount of genomic monitoring data allows for frequent regional appraisal and confirmation of CIDT targets against both common and new serovars.

Foodborne Salmonella has such serious public health, food safety, and trade ramifications that it necessitates a very sensitive and specialised surveillance system to enable timely detection and characterisation of outbreaks [4]. The adoption of culture-independent diagnostic testing (CIDT) as the front-end method of detecting Salmonella in stool samples, and the often total replacement of traditional culture for Salmonella, has brought numerous problems to public health laboratory surveillance. The reliance of all current CIDT platforms on a single gene target for the detection of a diverse disease like Salmonella has prompted serious concerns about these CIDTs' ability to detect unusual serovars or developing variations [5]. 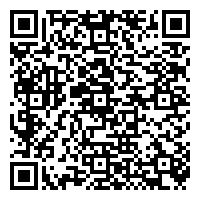