The impacts of radiative heat-loss function and thermal conductivity have been taken into account while analyzing the effects of rotation, Finite Ion Larmor radius (FLR) corrections, and porosity on the thermal criteria of instability of infinite uniform plasma. By using appropriate linearized perturbation equations for the issue, the normal mode analysis approach may be used to get the universal dispersion relation. For the propagation of transverse waves, this dispersion equation is further condensed for rotation axes both parallel and perpendicular to the magnetic field. The stability of the medium was established via the thermal instability criteria. The effects of various factors on the pace of the thermal instability's growth have been demonstrated by numerical calculations. We infer that the growth rate of the system in the transverse mode of propagation is stabilized by rotation, FLR adjustments, and medium porosity. Our findings demonstrate how the rotation, porosity, and FLR corrections influence the organization of dense molecular clouds and star formation in the interstellar medium.

In the previously mentioned study, we highlighted the effects of rotation, porosity, and FLR corrections on the thermal instability of plasma while also taking thermal conductivity and the radiative heat-loss function into account. The general dispersion relation, which is tailored as a result of the presence of measurable physical characteristics, is acquired. This dispersion relation is condensed for transverse wave propagation along the magnetic field's path, and it is further supported for rotation axes that are both parallel to and perpendicular to the field's path. The axis of rotation along the magnetic field and the mode of transverse wave propagation, we obtained two modes. A barely steady mode is the first one. The second mode offers the thermal mode with rotation, porosity, FLR adjustments, and radiative heat-loss function modifications. We find that the presence of porosity, rotation, FLR corrections, radiative heat-loss function, and thermal conductivity changes the state of thermal instability. In the case of a non-FLR medium, it is discovered that the presence of rotation and porosity changes the condition of thermal instability, which explains the stabilizing effect. It is discovered that the presence of porosity, rotation, and magnetic field changes the condition of thermal instability for non-FLR. 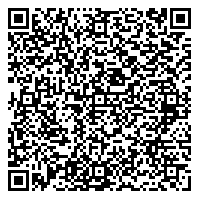