In material research, optical imaging has provided special benefits that electron or scanning probe microscopy cannot match, such as spectroscopy and lifespan assessments of deeply buried materials. The first unique feature that distinguishes Zisha teapots from other tea ware is that they are made of a particularly absorbent substance. Researchers have made numerous attempts to increase optical imaging resolution. Super-resolution optical imaging has yet to be extensively used with non-biological materials despite recent rapid advancement. Here, we describe a technique for super-resolution parameter indirect microscopy imaging of the Milky Shine on the Surface of Zisha Pot. Additionally, we have shown that PIMI images offer superior surface resolution than a typical image. China is the only country with the peculiar pottery heritage known as Zisha. The resolution of reported PIMI photos of the Zisha pot is close to 50 nm, which is substantially better than that of traditional images.

We frequently see the simple earthen teapots that appear too small to be used in supermarkets and malls in developed Asian cities. Many questions, including where they came from and what they are, are raised. Yixing pot is not a dollhouse accessory or miniature. One of China's top cities is Yixing. The international Zisha item manufacturing and marketing facility for Europe is called Yixing teapot (Zisha Pot). The world's best tea is made with the Zisha pot, a complete brewing system. A small amount considering that one pot will feed six people. The idea behind the size is that superior tea tastes better when steeped more than once as opposed to merely once. The milky shine is typically investigated with a standard microscope and SEM, however optical microscopes are preferred since they are less expensive, take less time, and have less potential to harm the material. Thus, we provided a new imaging technique (PIMI). Numerous efforts have been made in optical microscopy to overcome the challenges of improving optical resolution, including the optimization of Cu2O nanoparticle, trimer Nano antenna, hyper lens, and other techniques to improve contrast built on optical images. Stokes parameter and edge resolution have also been reported. Additionally, we are attempting to present another use of our developed indirect microscopy methods in relation to the milky shine of Zisha pot, which is widely available in one well-known Chinese city called Yixing. I can steep those leaves 10 times or even 20 times if I stuff the 7g of leaves required to make a pot for two or three large mugs of tea into the small pot. Each steeping results in a flavor that is very diverse. This enables the consumer to gradually feel each component of a tea's flavor profile. Chinese nobility used to enjoy drinking tea for hours at a time from tiny teapots. They would utilize carved jade, solid gold, or other exquisite ornate containers. The THz system has reported an inspection of jade stone. There was a monastery in the small township of Yixing where the monks would center Yixing clay on the wheel and fashion crude teapots as a form of meditation. The teapots were fired and sold locally to support the monastery because there was not enough money to have them glazed. The humility of a clay teapot moved the exnobles when they arrived at this monastery and they started using them. They discovered that the pots kept heat incredibly well and, strangely, produced ever better tea the more time they were used. When the clay was unglazed, they discovered that it was absorbing the flavor of everything brewed in it and returning some of that flavor to subsequent steeped teas. Yixing's fine, porous, and metal-rich clay proved ideal for crafting teapots. The more tea it absorbed, the more it withstood heat and even started to grow shiny and lovely. Used teapots quickly began to command a higher price than their brand-new equivalents. A pot with ten or twenty years on it was selling for a fortune. These pots were so well-seasoned that they could make tea using only water and no additional leaves. Yixing spread like a craze in a matter of decades, and some of the pots were fetching prices that beyond their intrinsic value. Although the Yixing pot's value far exceeded the extravagant pots of the imperial court, it did represent a turning point in tea culture. It may not have been the symbol of humility and protest. It represented a shift away from the flamboyant ornamental service and toward a more somber tea set, where the historical significance of the items outweighed their sparkling value. I now understand the original unglazed Yixing pots' purpose. I had always questioned whether it was done on purpose to make tea or if there was another explanation, such as not having enough money to pay for the glaze.

One of the most fascinating and forward-thinking lines of inquiry into the commercialization of Zisha tea pot signatures through PIMI has been covered in this study. We can investigate the small crack and marking on the Zisha teapot with the aid of the PIMI system, which was not visible with a conventional microscope or even an SEM, and it can be used to aid in the assessment of adhesion. This technique is also useful for examining the morphology, cracks, and scratches on Zisha rock and other Zisha-made pottery. The fact that the tea pot material can affect the final quality of the brewed tea, just like the water quality, water temperature, and the tea leaves themselves, is widely acknowledged in the tea community. All of our anecdotal observations, including how much volatile compound is trapped in clay tea pots, how much is released into later brews, whether we can distinguish the difference through sensory analysis, and many others, are still unsupported by scientific research. Before we can turn our years of observations into scientifically supported claims, more research is required. 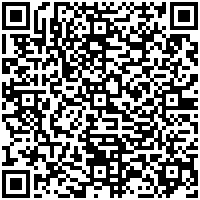