Machine learning for the classification and feature prediction of the morphologies of stars, galaxies, quasars, and galaxies

Citation:: Guerrero A. Machine Learning for the Classification and Feature Prediction of the Morphologies of Stars, Galaxies, Quasars, and Galaxies, J Space Explor.2022; 11(8).231

It is highly tiresome to identify astronomical objects manually now, which was the usual method for a very long period in an era with constantly replenishing data. Galaxies are collections of stars that dot the cosmos. We can learn a great deal about our own galaxy through the study and analysis of these other galaxies. For the classification and feature prediction of galaxy morphology, a deep convolutional neural network architecture is suggested. Based on these properties, the galaxy may be classified into eleven morphological classes. Two models—one for class prediction and the other for galaxy feature prediction—make up the suggested architecture. Using information from the SDSS and LAMOST Surveys, as well as spectroscopic data analysis, they categories celestial objects into Galaxies, Stars, and Quasars. For the classification job, baseline techniques are compared, and enhanced, optimised classification is further investigated.

The study of celestial occurrences and objects is the focus of the science discipline of astronomy. Astronomy and astrophysics are now crucial to the creation of new technologies. To better understand its evolution and uncover the solutions to unresolved issues, each celestial object must be split into separate types. There are around a million new astronomical objects found every day, thus extracting relevant information requires enormous processing resources. The planned work's main objective is to categorise astronomical objects according to their spectra and photometry into groups like galaxies, stars, and quasars, which would act as the basis for property forecasts. A star is a brilliant ball of gas that is gravitationally bound together and largely composed of hydrogen and helium. The star's core undergoes nuclear fusion, which generates heat, light, and trace quantities of heavier elements in addition to supporting gravity. These events have an impact on the spectroscopic data. An enormous cluster of stars, gas, and dust with a diameter of 10,000–100,000 light years and billions of stars is known as a galaxy. The galaxy's galactic nuclei are gravitationally connected to the stars. Our Sun is gravitationally connected to the Milky Way Galaxy. The most vibrant and energetic Active Galactic Nucleus (AGN) in the universe, quasars are powered by super enormous black holes that Citation: Guerrero A. Machine Learning for the Classification and Feature Prediction of the Morphologies of Stars, Galaxies, Quasars, and Galaxies, J Space Explor.2022; 11(8).231 have masses between millions and tens of billions of solar masses and are encircled by gaseous accretion discs. Highredshift sources of electromagnetic energy, such as radio waves and visible light, have been shown to resemble stars more than more distant sources like galaxies. These quasars can have 100 times the brightness of the Milky Way. Galaxy Astronomers use a technique called morphological classification to categories galaxies according to how they look to the naked eye. According to their morphologies, galaxies may be categorized using a number of different systems. Studying the types and characteristics of galaxies is important because it provides important hints about the beginning and progression of the cosmos. Understanding the classification of a galaxy is essential for understanding the evolution of galaxies and the study of our universe. To aid astrophysicists in testing hypotheses and coming to new findings on the physics driving the processes guiding galaxies, star formation, and the study of the cosmos, galaxy morphological classification is carried out on enormous databases of data. In the past, galaxy classification involved visually examining 2D images of galaxies and classifying them according to how they appeared. The categorization was viewed as a long-term objective by astrophysicists. The categorization of galaxies, however, has proven to be challenging and inaccurate due to the challenging nature of galaxies and the quality of images. Standard laptop vision frequently uses the convolutional process, especially for noise reduction and edge identification. It definitely has the ability to train deeper, bigger, and more complex models because to the significant rise in process power, memory size, as well as the ease of powerful GPUs and vast datasets to categories the galaxies according to their various morphologies and define their characteristics. This research gives an in-depth interpretation and analysis of the spectroscopic data gathered from the SDSS and LAMOST surveys using multiple Machine Learning Models applied to Galaxy, Star, and Quasar (GSQ) Classification. The paper analyses the effectiveness of several methods for categorizing celestial objects through this thorough analysi

In this work, the parameters in the spectroscopic data are thoroughly analysed, and a full examination of the effects of the factors on astronomy is offered. Both the Random Forest Classifier and XG Boost performed much better than any other peer literature in the classification of astronomical objects, with the latter having somewhat improved performance. The collected csv data is thoroughly analysed and cleaned in this study. Cross-matching utilising ra-dec values from the csv file is used to retrieve the image data, and the picture is then pre-processed to remove any faulty samples. The uniqueness is in the combination of two models to simultaneously categories the galactic object and further define its characteristics. Future studies will expand on this investigation by investigating more in-depth analyses of these galaxies utilising the processing capacity of machine learning techniques. It is possible to look at the celestial objects that have been designated as galaxies in more detail, classify them according to their morphological properties, and characterize new morphological features. The objects that have been designated as stars can be divided into their corresponding spectral classifications. This technique may be an important tool in the analysis of the new, enormous data that the newly launched James Webb Space Telescope will produce, helping us to better comprehend the true nature of different galaxies from a location thousands of light years distant. 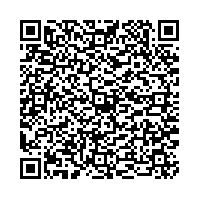