Reference Evapotranspiration (ET0) is a critical component for developing meaningful irrigation schedule for important crops. As a result, accurate forecasting of future ET0 is critical for better management of restricted water resources in many regions of the world. The potential of a Hierarchical Fuzzy System (HFS) optimised using the Particle Swarm Optimization (PSO) method (PSO-HFS) to forecast daily ET0 is investigated in this work. The climatic variables and predicted ET0 were used as inputs and outputs for the PSOHFS model, respectively. The climatic variables gathered from two meteorological stations in Bangladesh, Gazipur Sadar and Ishurdi, were used to compute ET0 values using the FAO 56 PM technique. We evaluated the PSO- HFS model's prediction accuracy to that of the FIS, M5 Model Tree, and Regression Tree (RT) models. The effectiveness of the PSO-HFS FIS, M5 Model Tree, and RT in calculating daily ET0 was assessed using a number of statistical performance assessment metrics. The idea of Shannon's Entropy, which takes into consideration a number of performance assessment indices, was used to rank the models. The PSO-HFS model outperformed the treebased models, according to the results. The overall findings suggest that the PSO-HFS model might be used to reliably and efficiently simulate ET0 values

In order to improve agricultural output, crops must be irrigated with appropriate quantities of fresh water. By precisely quantifying Evapotranspiration (ET), which is used to create appropriate irrigation schedules, calculate hydrologic water balances, simulate crop yields, and distribute water resources, it is possible to save water through carefully controlled irrigation methods. Being a crucial part of water balance, ET is crucial in regulating interactions between the atmosphere, soil, and plant. Experimental approaches such as the Bowen ratio energy balancing method, eddy-covariance systems, and lysimeter techniques can be used to quantify ET. As an alternative, ET can be calculated using climatological variables to determine prospective or reference evapotranspiration (ET0). In many regions of the world where direct measurements are either unavailable or too expensive owing to complexity or expense, this indirect approach has gained popularity. The Penman Monteith (FAO 56 PM) technique has been acknowledged as the widely used reference method for ET0 determination since it may be used in regions with different biological and climatic conditions without the need for local adaptations. When combined with crop coefficient value, the FAO 56 PM equation may be used to determine ET0 and offer an estimate of ET for a specific crop. In recent years, models based on artificial intelligence or machine learning have been successfully used to simulate ET0 under various hydrogeologic settings. These models are highly effective and precise in mapping the intricate and nonlinear relationships between the input and output data. Artificial Neural Network (ANN) models were the first use of machine learning methods to estimate ET0, among the models used in ET0 modelling. The usage of Adaptive Neuro Fuzzy Inference System (ANFIS), Gaussian Process Regression (GPR), Gene-Expression Programming (GEP), Multivariate Adaptive Regression Splines (MARS), Random Forest (RF), and Support Vector Machine is another new use of machine learning methods in ET0 modelling (SVM). In predicting ET0, artificial intelligence-based models

have generally outperformed conventional equations, achieving considerably better results with comparable datasets. Due to their simplicity, resilience, and ability to provide precise predictions of ET0, tree-based machine learning algorithms like Random Forests Regression Trees and M5 Model Tree have lately attracted a lot of interest. On the other hand, recent research has shown that machine learning models developed from the theory of fuzzy logic may be used as an efficient prediction method in a variety of water resources management problems. Although an ANFIS, a kind of Fuzzy Inference System (FIS), has been effectively used in constructing ET0 prediction models, its utility is limited by the computational overhead brought on by a sizable number of rule bases, particularly for issues with bigger input variables. This occurs because the number of rules in a fuzzy system grows exponentially as the number of input variables increases. The learning and fine-tuning of the rules and membership function parameters are exceedingly difficult with larger rule bases. Additionally, bigger rule bases eliminate the need for more training data in this situation. By using the predictions from the lower-level FISs as predictors to the higher-level FISs, a FIS may be represented as a tree of smaller interrelated and interconnected FIS objects known as a Hierarchical Fuzzy System (HFS), which is computationally more effective than a single monolithic FIS object. Using the concepts of fuzzy logic, HFS is an upgraded version of decision trees that offers accurate modelling. HFS models have received very little attention in the sectors of hydrological and agricultural research, although being used relatively successfully in a variety of study disciplines. For example, a fuzzy logic-based decision tree was used in place of a conventional trend analysis to quantify the magnitudes and frequency of floods across time. To determine the operating rules for a reservoir operation system, a comparison of neural decision trees, conventional decision trees, and fuzzy decision trees is made. Their comparative findings showed that fuzzy decision trees were better than the other two forms of decision trees. Fuzzy logic-based fuzzy decision trees can be used to reduce uncertainty in real-time flood predictions. They came to the conclusion that, despite fuzzy decision trees' inferior performance to ANN models in the test case for simulating river flow, the glass box character of fuzzy tree modelling might provide some insightful details on the hydrological processes. According to current literature, fuzzy tree models have not yet been used to agricultural and hydrological research, particularly when modelling ET0. Given the significance of accurate estimates of ET0, the objectives of this study were to: (1) evaluate the potential of the PSO tuned HFS model (PSO-HFS) to predict daily ET0; (2) compare the prediction ability of the proposed PSOHFS with that of two tree-based machine learning algorithms, including RT, and M5 Model Tree; and (3) rank the proposed models with respect to their prediction accuracies using a variety of performance evaluative methods. The authors believe that this work is the first to use a fuzzy decision tree (PSO-HFS) tailored to an evolutionary algorithm to forecast daily ET0

In this study, the possibility of the PSO tailored HFS modelling technique for the ET0 prediction utilising climatic factors was investigated. According to the study, it is possible to effectively anticipate daily ET0 modelling using the fuzzy logic-based HFS model, particularly when TMF is used to create the Sugeno type FIS for the creation of HFS. The daily ET0 was predicted using five input qualities (climatic factors) including solar radiation, relative humidity, lowest and maximum temperatures, and wind speed. 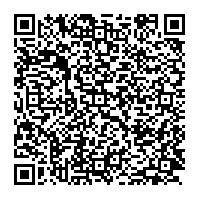