With the Compton Effect, photons, such as gamma rays, may exert a physical force on a material object. When an electron and a positron collide, they are annihilated, and they release two 511 keV gamma rays. In 2008-19, Chen and others have demonstrated that a petawatt laser, directed at a gold substrate, generates large quantities of paired electrons and positrons, which may be separated by magnetic fields. In 2015-19, E. Stenson and others have demonstrated that large quantities of electrons (and positrons) can be stored for a long duration in a stellarator. This article describes a feasible system, using a paired-particle generator, particle-storage system using twinned tokamaks, and interaction chamber, which can be used to generate and control Compton Effect thrust, in theory generating relativistic speeds

Rocket technology has existed since ancient times. R. Goddard published his A Method for Reaching Extreme Altitudes [1]. In his treatise, Goddard Described a liquid-fueled rocket that used liquid oxygen, igniting in a chamber and ejecting out of a nozzle, to generate rocket thrust. AH Compton published recoil of electrons from scattered X-rays [2]. In his work, Compton demonstrated and calculated the physical effect on matter of scattered high-energy photons. A. Sakharov theorized the development of a toroidal chamber for the containment of high-energy particles, often called a tokamak [3]. L. Sodickson, W. Bowman, J. Stephenson, and R. Weinstein, describe the annihilation of electrons and positrons upon interaction, generating gamma rays [4]. H. Chen and others at Lawrence Livermore National Laboratory used a petawatt laser, directed at a gold substrate, to generate large quantities of positrons and electrons, which could be separated by magnetic fields [5]. E. Stenson and others at the Institute for Plasma Physics at the Max Planck Institute have demonstrated that large quantities of electrons and positrons can be stored in a dipole stellarator for a long duration [6]. The APEX collaboration (a collaboration of the Max Planck Institute, the EMAU Greifswald, and the University of California, San Diego) in 2015 was able to sustain 3 × 108 electrons for an hour in a stellarator [7].

There has been several matter/anti-matter propulsion systems theorized over the years (FIG. 1). In the 20s, A. Compton described the recoil effect that high-energy photons, such as X-rays and gamma rays, exert on matter. The effect is commonly known as the Compton Effect [2]. In theory, the Compton Effect should be able to generate thrust, possibly even high amounts of thrust. Recent work by H. Chen and others at Lawrence Livermore Laboratory, and E. Stenson and others at the Max Planck Institute, have demonstrated the two main requirements for generating adequate Compton Effect thrust: generation of paired matter/anti-matter (in this case, electrons and positrons) and storage of that product in sufficient quantities to generates sufficient thrust [6]. In this article, the likely conformation of a feasible Compton Effect matter/anti- matter is proposed. In addition, a theoretical calculation of the speeds that may be generated from such a system is posited [2].

The propulsion system described here is a paired matter/anti-matter rocket propulsion system using a Chen paired-particle generator, particle-storage system (using twinned tokamaks), annihilation chamber, and nozzle [8]. The annihilation chamber and the nozzle are actually one component. The paired-particle generator is connected to the storage system by toroidal-magnet columns, and the the storage system is connected to the annihilation chamber using similar toroidal-magnet columns. The basic idea of the system is to generate pairs of electrons and positrons, store them in sufficient quantities, and then direct them in sufficient densities into a chamber, where they annihilate; thrust is generated by the resulting high volume of gamma rays hitting the surface of the system's nozzle, where the Compton Effect force may be exerted and, likely, also directed [9] . The system is composed of four main components: 1) a fission-based nuclear reactor, to generate the electricity necessary to power the high-energy laser and the tokamaks; 2) a paired electron/positron generator; 3) twinned tokamaks for collecting and storing, respectively, the electrons in one location and the positrons in the other; and 4) the interaction chamber and nozzle, where the electrons and positrons collide, annihilate, and generate the gamma rays that power the engine, generating thrust from the nozzle. The paired-particle generator is connected to the tokamaks with toroidal magnetic columns, and the tokamaks are connected to the interaction chamber by similar toroidal magnetic columns. The "exhaust" is actually composed entirely of gamma rays. The object of the propulsion system is to generate, and control, sufficient gamma rays that controlled and directed propulsion may be maintained in a safe and stable environment. The system is intended to operate in a vacuum, such as in space or from the surface of the moon.

The nuclear reactor is a fission-based uranium or plutonium reactor, sized for an electrical output to power a high-energy laser and two tokamaks. The reactor consists of fissionable fuel, control rods, moderators, sensors, and shielding. The sizing of the laser and two tokamaks in the system, as well as the amount of desired thrust, determines the necessary size of the electrical output of the reactor. Based on existing fission-reactor technology, the power output of the fission reactor will not be a limiting factor on the thrusts achievable by the system.

The chain paired-particle generator consists of a high energy laser, a high atomic mass (such as gold), and electromagnetic collectors. In the generator, the laser is directed at the substrate, and equal numbers of paired electrons and positrons are generated. The different particles are then collected and directed by magnetic fields, primarily using toroidal magnets, into the twinned tokamaks

The twinned tokamaks each, separately, store the electrons and positrons generated by the paired-particle generator. When thrust from the system is desired, each tokamak can direct a beam of its stored particles, through toroidal connectors, to the interaction chamber. The size of the beam, and the quantum of particles ejected from the tokamak at a given time, is dependent upon the amount of thrust desired from the system. In the laboratory, E. Stenson and others at Max Planck have been able to demonstrate that large quantities of electrons and/or positrons can be stored, for an hour, in a dipole stellarator [6]. It is likely, in order to store sufficient quantities of electrons and positrons necessary to generate relativistic speeds, that twinned tokamaks will be necessary for this purpose. While the pressure necessary for fusion experiments is not a requirement of this use of tokamaks, there will likely be fairly large pressures and heat generated by the stored electrons and positrons, and there will certainly need to be higher, and more controlled, magnetic forces than may be utilized in a dipole stellarator [10]

The interaction chamber is the location where the paired electrons and positrons, first generated in the paired-particle generator, interact and annihilate. When they annihilate, large quantities of gamma rays are produced [11]. When those gamma rays hit the inner surface of the nozzle, they exert a force that is the thrust necessary for propulsion of the system. The nozzle uses ordinary rocket technology, in which the difference in forces on the sides of the nozzle, compared to the "exhaust" in the open end of the nozzle, results in directed thrust. Because of the large quantities of gamma rays generated, the inner lining of the nozzle is likely to be composed of lead or other radiation-shielding material [12].

When an electron and positron annihilate, they generate two 511 keV gamma rays. At 511 keV, the Compton Effect of each gamma ray averages approximately 200 keV [9]. If the electrons and positrons are stored in the tokamak, beams of electrons/positrons may be targeted at each other at a rate of approximately 6 × 1017 pairs per second, resulting in 1.2 × 1018 511 keV gamma rays (hereinafter, a "standard output"). (By comparison, the TRIUMF cyclotron ejects 6 × 1014 particles per second.) [12]. Because 1 keV is equal to 1.6 × 10-14 mkg/sec/sec [13], at 400 keV Compton Effect electron recoil per annihilation (200 keV × 2), the standard output of the matter/antimatter- engine would produce Compton Effect thrust of approximately 380,000 mkg/sec/sec. Assuming that the rocket weighs approximately 200,000 pounds 6 (by comparison, the Apollo rocket weighed approximately 3 million pounds; the majority of that rocket was composed of fuel), with a 24-hour burn, a speed of 812,000 miles per hour would be achievable. At that speed, a trip to Mars would take approximately 171 hours. If the The arithmetic for this calculation is as follows:

6 × 1017 paired-particles (each second) × 3.2 × 10-14 kgm/sec/sec x 2 (each annihilation results in 2511 keV gamma rays)=thrust of 380,000 kgm/sec/sec. Because the weight of the vehicle is expected to be approximately 200,000 pounds, or 90,909 kg, the acceleration of the vehicle=380,000/90,909 m/sec2=4.2 m/sec2 After a two-hour (7200 seconds) burn, the vehicle would achieve a speed of 67,700 mi/hour. After a 24-hour burn, the vehicle would achieve a speed of 812,000 mph. After a one-week burn, the vehicle would achieve a speed of 5,683,000 mph. That is .8% of the speed of light, putting this vehicle within the realm of relativistic speeds. If sustained acceleration is possible, based on the capabilities of the paired-particle generator, then true relativistic speeds will be possible, as a function of the square of time that the paired-particle generator is able to generate electron/positron pairs. The basic weights of the system are estimated to be, approximately: 20,000 pounds for the fission reactor (based on current Russian technology), 80,000 pounds each for the low-pressure tokamaks (based on expected sizing, and weights of iron/silver toroidal electro-magnets), and 20,000 pounds for the interaction chamber/nozzle (which primarily depends on lead thickness). Experimental results for the Chen generator and the pair- particle storage devices will provide better estimates of these requirements. Other payload would add to the total.

7 Average distances between Earth and Mars is 225,000,000 km=139,500,000 miles. At 812,000 mi/hr, the flight time would be 171 hours. That could be reduced by timing the launch for the shortest distance between the planets. Burn were just 2 hours, a speed of 67,700 miles per hour would be achievable. At that speed, a trip to Mars would take approximately 2,060 hours. The actual burn rate will ultimately be a function of: the productivity of the Chen paired-particle generator, and the storage capacity of the twin tokamaks. Experimental results will be required to determine these figures. Unlike with chemical rocket propellants, a Compton Effect engine will not be limited by the ejection velocity of the exhaust, as gamma rays move at the speed of light. Also, because the energy for the rocket comes from fissionable uranium or plutonium, and because the electrons and positrons involved in the generation of the gamma rays are extremely light, the weight of the rocket need not be comprised mainly of fuel [10]. In the event that the efficiency of the Chen generator could be maximized, there is the possibility that a shorter-timeframe storage device, such as a cyclotron or stellarator, could be used for storage of the electron/positron pairs, rather than a tokamaks. Or, even better, if the Chen generator could produce sufficient electron/positron pairs that they could be channeled directly to the interaction chamber, no storage mechanism would be required. Obviously, at this point, these are theoretical calculations of performance, but they are likely within the realm of reason [13]. 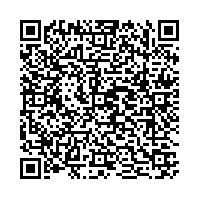