In this work, the impact of wash fluid preheating on the efficiency of online compressor washing in commercial gas turbines is examined. With the use of a roller brush, crude oil was evenly sprayed to the compressor cascade blades' surfaces, and carborundum particles were absorbed into the tunnel to produce accelerated fouled blades. Using the heat coil that was provided in the tank, demineralized water was warmed to 500C. When the total pressure loss coefficient and exit flow angle of fouled blades cleaned with warmed demineralized water and the control group were examined, it was found that there was little to no change in either. The overall pressure loss coefficient and exit flow angle did change significantly between the fouled and cleaned examples, though.

Being air-breathing devices, gas turbines swallow enormous volumes of airflow that contains impurities that clog the compressor blade surfaces, lowering the gas turbine's overall performance. A potential technique for reducing the impact of fouling on the compressor blades is online compressor cleaning. However, as it is carried out while the engine is running, certain techniques must be put into place for online compressor washing to be efficient. Stalder looked at three different wash frequencies for the gas turbines at 120, 352, and 700 working hours. The best performance was reportedly produced by the wash frequency of 120 hours among the three different frequencies examined

In their investigation, Boyce and Gonzalez highlighted the negative consequences of prolonged operation without form cleaning. According to the authors, the compressor efficiency of an engine that is washed twice a week just slightly decreases—by around 0.2% as opposed to 2.5% in the situation when it isn't. When two distinct kinds of cleansers were employed on aluminium test coupons contaminated with carbon deposit, Kolkman utilised the weight % of deposits eliminated as a metric for cleaning efficacy. According to the author, both cleaners worked well to remove the gunk off the blades. In their numerical analysis, Mund and Pilidis found that one washing system mixed the injected fluid and air flow better than the other. Washing techniques must be put into practise since online compressor washing takes place when the engine is running. Preheating the washing solution before injection is one of these tactics. According to certain research, heating the wash fluid is advantageous, especially in offline compressor washing when cooling down before washing is necessary to reduce thermal strains. Salder claims that wash fluid is warmed to permit earlier insertion and decrease the amount of downtime required for offline washing. Preheating the wash fluid for heavy-duty

industrial gas turbines to between 60 and 70 degrees Celsius is a typical technique to shorten the time needed for the engine to cool down, particularly when offline compressor cleaning is involved. According to Fielder, preheating the wash fluid enhanced washing efficiency in maritime applications. However, preheating the wash solution doesn't affect how well it cleans, according to Engdar et al numerical’s analysis. The authors based their assertion on the observation that droplet temperatures near to air flow temperature are adjusted before reaching the compressor.

It is clear from the literature review that there is misunderstanding regarding the influence of wash fluid preheating on the efficacy of washing. This is due to the fact that although some studies believe it is advantageous to warm the wash solution prior to washing, others hold the opposite opinion. In this work, the impact of wash fluid preheating on the efficiency of online compressor washing in commercial gas turbines is examined. The injection fluid droplets for the preheated and without preheated instances were sized using a laser diffraction particle analyzer prior to the examination wash fluid preheating on the efficacy of online compressor washing in industrial gas turbines. The Spraytec particle analyzer employs the laser diffraction technique to assess the nozzle's droplet size in heated and non-heated circumstances. When a spray passes via a laser beam, the apparatus measures the droplet by using angular intensity scattered light. The recorded scattered light pattern is then analysed using the proper optical model to provide a size distribution. Based on the requirement to take into account the distance from the cascade inlet plenum to the blades, injection distance was taken into account in this study.

In accordance with Dixon's advice, the current experimental investigation involved measuring the flow at the mid-span of the three middle blades to prevent boundary layer influence with the obtained data. At one chord upstream of the three middle blades, the pitot static tube was used to measure the static and total pressures. At this stage, measurements were made to determine the conditions of the incoming flow. While a three-hole was used to monitor the exit flow conditions at one chord downstream of the three middle blades in terms of the exit flow angle, velocity, total pressure, and static pressure. Because information concerning exit flow conditions may be collected at this point, one chord was selected downstream of the blades. The three-hole probe was nullified at a reference position located halfway between blades 4 and 5. The measurements were made by moving the three-hole probe between -40 mm and 120 mm, taking measurements every millimetre 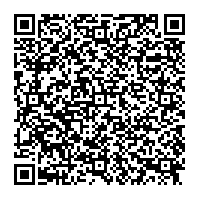