One of the unconventional finishing methods, Magnetic Abrasive Finishing (MAF), delivers a high degree of surface quality and is essentially managed by magnetic field. In MAF, the workpiece is maintained between the N and S poles of a magnet. The magnetic abrasive particles are dispersed across the working space between the workpiece and the magnet. Because of the influence of the magnetic field in the working gap, a Magnetic Abrasive Flexible Brush (MAFB) is created and functions as a multipoint cutting tool. In order to determine the impact of the process parameters on the surface quality generated, this research investigates theoretically the planar MAF process. With the use of a finite element model, the magnetic field is simulated. The surface of thin sheets will become abrasive due to the persistent motion of magnetic abrasive particles under the magnetic field. Copper sheets that were 1 mm thick were used for the experiments. Electric current (0.25, 0.5, and 0.75A), coil-turning speed (measured as the speed of magnetic abrasive particle movement) (20, 30, and 40 mm/s), and process duration are among the experimental characteristics (1, 2, and 3 hours). The studies were carried out on free-form and L-shaped sheets. The outcomes indicate that it is simple to concurrently produce various surface roughness patterns in various directions when applying a transmission magnetic field in the MAF (TMAF). While the surface roughness of the L-shaped object is about 0.9 m in one portion of the object where the electric current is 0.25A, it is approximately 0.55 m in the other section where the electric current is 0.75A. In the meanwhile, TMAF enables the finishing of a free-form surface without the use of specific fittings. Additionally, there is an immediate correlation between the change in surface roughness, the electric current, and the processing time.

Researchers from the United States and Russia developed the magnetic abrasive finishing (MAF) method. The MAF process uses magnetic fields and magnetic abrasive particles to polish metal in a substantial non-traditional manner. A magnetic field is employed in the MAF process to push abrasive particles onto the target surface; these magnetic abrasive particles may also move on the workpiece's surface while being bound to it by the magnetic field. Cutting tools used in the MAF process are made of iron and abrasive granules. Additionally, it is possible to preserve the abrasive particles by combining them with tiny amounts of a metalworking fluid, such as distilled water or kerosene, which increases lubricity and cools the components. A machine tool, abrasive particles, a medium composition, and process parameters are required to use the MAF method. According to the workpiece geometries, traditional production equipment like lathes and mills have been used in many different sorts of study for the MAF process. In the MAF, several variables are crucial. Numerous studies demonstrate that the magnetic field has a strong impact on the finishing process. In addition, the voltage (DC) applied to the electromagnet (in non-permanent magnets), the working gap, the magnet's rotational speed, and the size of the abrasive (mesh number) all have a significant impact on the MAF process. In some applications, such as finishing the inside of tubes and free-form surfaces, the MAF offers special promise since it can do without the drawbacks of conventional finishing techniques. Finishing the inside of the tubes is one of the MAF technique's primary uses. The performance of a system is significantly impacted by the interior roughness of tubes, yet using the traditional finishing procedure, it is challenging to reduce their surface roughness. The MAF system, meanwhile, may be utilised to effectively achieve superior surface quality. The MAF approach has a number of restrictions. Utilizing specialised equipment to reposition the magnetics places limitations on MAF and is seen as one of its drawbacks. The versatility of this technology is diminished when traditional machine tools (lathe and milling) are used. To make this approach more flexible, a new MAF technique is created in the present research. This theory's main tenet is that magnetic abrasive particles track the transmission of magnetic fields (similar a magnetic train moving on a magnetic rail). According to the technique's basic idea (as depicted in Figure 1), a magnetic field generated by electromagnetic coils that are arranged in a specific way beneath a thin sheet transmits from one coil to another. The coils are first prepared before being mounted in multiple rows beneath the workpiece on the insulating surface. Coils are turned on or off by an electrical circuit based on the finishing pattern (the current of each coil be controlled individually). It is not required to alter the physical layout of coils in order to make utilising them quicker. The coils are then turned on and off by an electrical circuit, which causes the magnetic field to flow in a specific direction (depending on coil configuration). After then, the magnetic force (created by a unique coil arrangement) directs the movement of the abrasive particle and polishes the workpieces' surfaces. For effective and precise finishing of interior and flat surfaces, the magnetic abrasive finishing (MAF) technology has recently been developed. This procedure can result in a surface polish of only a few nanometers. Additionally, MAF has a number of appealing benefits, including self-sharpening, controllability, flexibility, and the finishing tool doesn't need dressing or compensating. 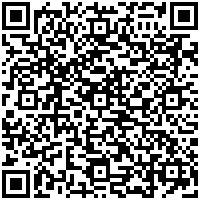