Citation:Guerrero A. An Investigation of Variable Jet Interaction between Two Active Chilled Beams for Precision Ventilation in an Open-Plan Office. J Space Explor.2022; 11(8).232

By establishing micro-climate zones, precision ventilation was created to provide thermal comfort for workplace occupants. With increased airspeeds for improving heat transmission, the current study intends to provide personalized thermal comfort for occupants with varying metabolic rates. Higher velocity jets are possible to go to various areas of the occupied zone due to the varied jet contact between two ACBs with Jet Cone modifications. A thermally isolated chamber with colliding jets at its center was pushed toward various zones in an office setting with a constant room temperature of 23°C. In a room that was separated into four zones based on the metabolic rates of the people within, this study was carried out for five distinct instances. According to the experimental and CFD findings, Case 1 occupants with a constant 1.2 metabolic rate and symmetrical airflow distribution had a comparable Projected Mean Vote (PMV) index. The zones with inhabitants who had greater metabolic rates, respectively—were subjected to air velocities. A targeted airflow distribution made possible by altering Jet Cones increased the air velocity in the sole zone with me inhabitants

Different layouts are used in modern offices to encourage employee collaboration and information exchange. The most popular workplace designs in Scandinavia are open-plan arrangements. These open-plan workplaces lack walls in order to reduce individual space and accommodate several staff. Studies have shown that by offering a comfortable atmosphere together with a sustainable open-plan office design, employees' satisfaction with comfort and productivity may be increased. People spend up to 90% of their time inside, which is a well-known fact, and personal thermal comfort is required to increase productivity. This may enhance the occupant's capacity for physical labor. The state of mind that results in contentment with the thermal environment is referred to as thermal comfort. Thermal comfort is influenced by metabolic rate, garment insulation, and ambient factors, according to Fanger's hypothesis. Therefore, managing individual thermal comfort for the occupants of different ages in a large-scale office setup with traditional HVAC systems like mixing ventilation, gender and health appear difficult. Due to its capacity to offer temperature consistency, mixing ventilation systems are the most popular ventilation systems. These systems use the ceiling to deliver cold air,and the supply air's inertia continually drives the room's circulation in order to maintain temperature symmetry. Mixing ventilation systems include Active Chilled Beams (ACBs). Due to proper air mixing, studies have demonstrated that ACBs are successful in preserving temperature homogeneity. According to Latif et al. the majority of ACB research are conducted for expansive open-plan office layouts. These office types may need numerous ACBs to satisfy requirements due to their higher occupant density. A primary air plenum, mixing chamber, nozzles, and a heat exchanger are the usual components of an ACB. The primary air is pumped into the group of nozzles as processed air from the Air Handling Unit (AHU). The nozzles' function is to provide primary air at a rapid speed, resulting in high dynamic pressure and low static pressure to promote induction, or pressure differential between the mixing chamber and the surrounding space. By manipulating adjustment regulators, ACBs with Jet Cones may provide changeable airflow patterns. To change the size and direction of the airflow leaving the ACB, these adjustment pins can be changed from 0 to 9. Personalized Ventilation systems (PV) (also known as task ambient systems) have been employed throughout the decades to generate a micro-climate thermal environment around office inhabitants. There are several Air Terminal Devices (ATDs) in these systems (around a single person or an office workstation) that simultaneously blow several air jets on the people inside directly. Ventilation and personalized service combined. Additionally, ventilation systems are used in office spaces to create microclimate zones with various ATDs. But these systems incorporate several ATDs and a direct strike of air on the people within, which is unattractive to the aesthetics of the office. Contrary to PV systems, the Coand? effect causes the supply jets from the ACBs inlets to spread horizontally across the ceiling. This ceiling-moving horizontal jet encounters incoming supply jets from other ACBs, causing a collision that produces a horizontal jet. Maximum local airspeeds are produced by the collision of these intake jets, according to studies. In this study, multiple velocity zones are created in the same office area by the supply air jets colliding with one another and the walls. The metabolic needs of people using the same shared office space are used to construct these high- and low-velocity zones. In order to attain individual thermal comfort, precision ventilation incorporates benefits of both individualized and mixed ventilation. Using ACBs (with Jet Cones) that can guide airflow in various directions along the ceiling allows for precise ventilation. In order to provide individual thermal comfort, this utilization of ACBs reduces the requirement for many air terminal devices surrounding a single workstation. For a dual desk-chair arrangement in our earlier study, precision ventilation provided individual thermal comfort by directing more airflow towards occupants with greater air velocity demands (metabolic rates)

In order to accomplish precision ventilation in larger open-plan workplaces utilising the variable jet interaction between two ACBs, this research extends the prior work by integrating an experimental and a CFD investigation. By altering the Jet Cones of two ACBs to create distinct air velocity zones in an office area, it is possible to produce this variable jet interaction or the movement of clashing jets. 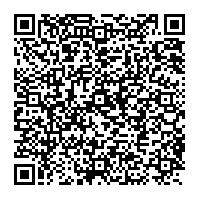