Over the last few decades, designs employing active techniques incorporating electromagnetic field configurations have occasionally been put out to shield spaceship personnel from dangerous space radiations. Designs have been put out that offer protection from either solar energetic particle event protons or galactic cosmic rays, or even both. The incident radiation spectra or the radiation hazards and restrictions associated with them are frequently assumed in these assessments in a way that is oversimplified or even inaccurate. The proponents of these designs occasionally make overly pessimistic assumptions about the technical hurdles that must be surmounted by the scientific and engineering communities to translate their theoretical concepts into practical applications. This research reviews and evaluates several active shield approaches that have been proposed over the previous few decades.

The effects of radiation on spacecraft materials and equipment are discussed, along with information on theoretical, computational, and experimental techniques for researching radiation impacts. Radiation conditions are also defined for various space areas. There are certain issues with modeling and radiation testing such structures as well as some peculiarities of radiation effects on nanostructures. Exposures from the risks of severe space radiation in deep space long-term missions are "a must answer" problem for the success of NASA's new vision for space exploration to the Moon, Mars, and beyond. The payload penalty imposes very strict requirements on the spacecraft design for human long space missions. To provide routine access to space, it will be necessary to explore beyond low Earth orbit (LEO). To do this, protection against the risks of cumulative exposure to solar particle events (SPE) and galactic cosmic rays (GCR) would be necessary. For innovative innovations, one must turn to broader frontiers. The current study revisits electrostatic active radiation shielding and investigates if employing electrostatic shielding in conjunction with cutting-edge material shielding and protection technologies is practical. For the first time, the whole radiation environment of space has been used to investigate the viability of electrostatic shielding. The objective is to deflect enough positive charge ions away from the spacecraft to prevent hot electrons from being drawn in by them. Conclusions regarding the future of radiation shielding in space are formed.

One of the biggest health risks to personnel on long-term interplanetary journeys has been recognized as cosmic radiation. Increased shielding often offers greater protection against radiation exposure for employees exposed to radiation on the ground. Sadly, shielding in space is challenging, particularly when Galactic Cosmic Radiation (GCR) is taken into account. High-energy radiation penetrates deeply. Additionally, while thin or moderate shielding is typically helpful in lowering the equivalent dosage, shield efficiency decreases as thickness grows. This is the outcome of the nuclear interactions between the GCR and the shield, which produce a significant amount of secondary particles, including neutrons. The outside sides of the spacecraft offer complete protection from protons with energies between 50 and 70 MeV for the softer solar component of cosmic rays (SCR). However, many protons are expelled at greater energy during some particularly powerful solar flares. In this scenario, the dosage emitted over a short time may surpass the dose limits advised for astronaut protection, causing acute, predictable consequences that may include deadly radiation syndromes. ESA established a Topical Team (TT) in October 2002 to investigate these problems and offer recommendations for potential solutions, approaches, and a path forward. The team's multidisciplinary nature allowed it to handle the necessary technological R&D based on a detailed examination of the physics, physiological, and statistical issues.

The active shielding idea, where charged particles are redirected beyond the protected container by applying an electromagnetic field in a specific configuration, is an alluring substitute for passive, bulk shielding. To lessen the weight penalties associated with the use of bulk material shielding for manned spacecraft, studies of the viability of active approaches, such as electromagnetic fields or plasma, have been conducted since the early 1960s. These active ideas make use of electrostatic fields, plasmas, restricted magnetic fields, and unconfined magnetic fields. The barrier against space electrons and protons has been the main focus of the suggested approaches. Later, active shielding against the high-energy heavy ions found in the GCRs was also taken into consideration (Townsend, 1984). Townsend (1984) demonstrated that GCRs and solar energetic particles are useless against electrostatic shields (SEPs). Due to electrical breakdown concerns, the required electrostatic potentials are over an order of magnitude larger than the state of the art, limiting the minimum size of the shield configuration to dimensions on the scale of hundreds of meters. It has been suggested that utilizing plasma shielding to protect against SEPs might result in large mass savings. Achieving electrostatic potentials above 200,000 kV on the spacecraft's surface, potential collision-related instability in the plasma cloud and the enormous magnetic field energy stored in the plasma are only a few of the technological difficulties. The majority of the time, typical systems on board a spacecraft with limited resources are unable to produce magnetic fields for usage, with the possible exception of the shield against electrons. Megawatts of electricity would be needed to shield against SEP activity. To solve the problem, it is therefore technically required to be able to build and run superconducting coils.

Future, prolonged crewed space missions will subject people to radiation doses that are substantially greater than those experienced during the Apollo period, missions in low-Earth orbit (LEO), or on the International Space Station. Examples include a human journey to Mars or the building of a lunar outpost (ISS). Sporadic solar energetic particle events (SPEs) and the constant presence of galactic cosmic rays are the two radiation sources that should be of the most concern for deep space missions. Although these exposures also contribute to long-term, stochastic consequences including cancer induction and death, acute effects like acute radiation syndrome (also known as radiation sickness) are the main health concern in the case of SPEs. The primary worry for personnel exposed to the GCR environment seems to be stochastic consequences, such as cancer induction and death, or potential special effects brought on by exposures to the high-energy, heavy-ion component of the GCR spectrum (the so-called HZE particle).

The viability of utilizing active shielding techniques, like electromagnetic fields or plasmas, to protect spacecraft, their onboard equipment, and people from harmful space radiation has been studied for more than 40 years. The allure of active shielding techniques is in its potential to lower health risks from exposures by removing some or all of the incident radiation environment while doing so with less mass and expense than passive shielding made of bulk materials. Designs have been put out that offer protection from either solar energetic particle event protons or galactic cosmic rays, or even both. The incident radiation spectra or the radiation hazards and restrictions associated with them are frequently assumed in these assessments in a way that is oversimplified or even inaccurate. The proponents of these designs occasionally make overly pessimistic assumptions about the technical hurdles that must be surmounted by the scientific and engineering communities to translate their theoretical concepts into practical applications. On the other hand, since the passive shielding method, which is an alternative to active shielding, involves putting bulk material between the crew and the radiation sources, active shielding proponents frequently make very unfavorable or even inaccurate assumptions and claims about the effectiveness of such passive shielding. 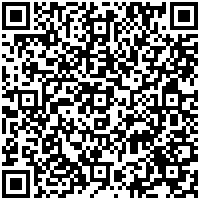