A comprehensive plan for gathering and reusing space debris

The U.S. Space Surveillance Network estimates that there are currently 14,000 bits of debris larger than 10 cm in Earth's orbit. In addition, there are thousands more satellites used for diverse purposes. As time goes on, these satellites constitute space debris that could be hazardous. The daily operations of space-based applications, such as satellites used for weather forecasting, telecommunication, and global positioning systems, could be threatened by such accumulating objects that orbit the Earth at a very high speed (GPS). Future missions may also suffer if this continues unless the international space community weighs the risks and works together to reduce them. The various space agencies have so far simply made suggestions without taking many actions. Each suggestion addresses a particular kind of trash. In order to recycle the majority of the debris for use as a source of raw materials for building equipment that is utilised to maintain the International Space Station (ISS) and other equipment required by upcoming space missions and spacecraft, an integrated strategy is proposed in this study. The lack of room in the International Space Station (ISS), which housed several astronauts for more than two decades, may also be resolved by this concept. The international space agencies' collaborative projects might be used to put the proposed design into practise.

The typical lifetime of a satellite in Earth orbit is about five years. Additionally, a lot of satellites have degraded into tiny debris of varying sizes. Space garbage is a term for such orbital detritus. Sometimes it's referred to as "human-made objects in space that have lost functionality due to decays, deorbits, explosions, or collisions with satellites, resulting in the generation of additional debris." This debris is still orbiting and rotating above the Earth's atmosphere. If the space community does not take action to address the possible risk, it will continue to exist for a long time and could pose issues in the future. Because of the proliferation and accumulation of satellite fragments launched from various locations across the world as well as unintentional or accidental spacecraft explosions and collisions, the amount of orbital debris has drastically expanded over the last few decades. There are lots of 1-kg-mass pieces produced when larger debris collides. Any spacecraft could be destroyed by orbital junk. More than 500,000 pieces, with sizes ranging from 10 cm to 1 cm, are substantial enough to result in long-term harm. More than 100 million particles with sizes ranging from 1 cm to 1 mm are also present, and they have the potential to puncture spacesuits as well as damage space station and spaceship fuel tanks and windows. Only a handful of countries' space operations are to blame for the hundreds of millions of pieces of space junk in Earth orbit. This number includes more than 300,000 objects large enough to hit and completely obliterate operational satellites. Thus, it is evident that Earth-orbital debris greatly increases the chance of catastrophic spacecraft collisions and poses a serious threat to the crews. Additionally, the importance of space-based services that are used in our daily lives, such as weather forecasting, telecommunications, and Global Positioning Systems (GPS) that depend on orbiting satellites in a stable space environment are threatened by the growing amount of orbital junk. Here, we suggest an integrated design for a spacecraft that may be used to gather space debris of various sizes. These latter ones can be recycled and used as a source of raw materials for building supplies, ISS upkeep, and other requirements of upcoming space missions.

It is crucial to gather and remove Earth-orbital trash from space in order to solve the problem. There are negative and harmful effects from this floating trash. It poses a risk to satellites that are now in operation as well as to manned and unmanned missions in the future. Therefore, it is vital for all space agencies to focus their efforts and develop novel solutions. To develop the most efficient methods and technologies to collect and recycle current space debris, these organizations must pool their resources and ideas. This waste can be used as a source of raw materials for manufacturing as well as to make spare components for space station maintenance. The time, money, and resources needed for next operations and space missions will be reduced as a result. A coordinated attempt to combine these initiatives into one would therefore result in creative and practical solutions. 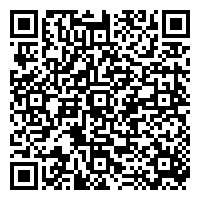