The presence of two types of collisions - electron-photon and photon-photon collisions - is confirmed by the quick and slow fading of radio signal transmissions or by the laser beam itself and its spare light. In a slow fading phase, radio signals' photon emissions either take the form of contiguous dense photon groups or a wider group pattern in a rapid fading process. The slow fading of a nonlinear signal travels farther in the form of several irregularly spaced rays that vary dynamically over time than the quick fading, which covers a wider region. Due to the gradually shortened distance between two successive photon groups along the transmission channel, decelerations in radio/light transmission rates are shown by the calculated radio frequency shift and wavelength reduction. In the process of receiving radio signals, photons from the signals can influence how the electrons travel, and during radio signal emission, electrons can launch photons into space. The radio signal's arbitrarily dynamic variations in space are compatible with the pattern of free electron mobility in an antenna under the influence of a local electromagnetic field. The fast fading is caused by the collision of free photons in space with successive photon groups of signals in slow fading. The radio signal peaks' changing shapes indicate photons with the ability to stay in transmission photon groups following photon-photon collisions, resulting in transmissions that slow down and fade with time. Calculations of the well-known differential of light transmission speeds in various media produce and validate the mathematical equation for the relationship between light/radio transmission speeds before and after photon collisions.

Einstein's "invariable light speed" had no real physical foundation and was completely dependent on his visual impression. Einstein could not have seen any motion changes beyond the human limit since the human visual perception of motion is only 40 milliseconds (ms) for the continuous frame (such as movies utilising film strips) (e.g. changes within 10 sec-9 sec). Additionally, due to the limitations of mainsprings, mechanical timekeeping systems from a century ago were only sensitive up to a few hundred milliseconds. As a result, 100 years ago, neither humans nor their tools could detect or quantify changes in the speed of light. The main miscalculation made by Einstein in 1905 was his misunderstanding of the limitations of human vision. If there is no method to distinguish between variations in light speed, all observers' agreement on the speed of light in the relative motion is meaningless. The rules of physics are constant in all inertial systems, and the speed of light in a vacuum is constant for all observers regardless of the velocity of the light source, according to two postulates from which Einstein derived his equation E=mc2 . The second argument, the speed of light, was not well supported by physics, as stated in the preceding sentence. Additionally, the relative velocities remain constant. The Doppler Effect has an Einsteinian and Newtonian Equation based on fictitious thinking, the propagation of light/radio signal as a circular shape since the constant velocity compared to the speed c in a stationary system. From the stationary system's speed c, the two Doppler equations individually show two distinct single frequency shift values. In a stationary system, the single speed shift value has a single frequency shift value logically and appropriately.

However, aside from the use of hypothetical technology (such as constructive or destructive interference), neither the speed c of a stationary system nor the relative velocity have any other reliable means of measurement. Doppler Effect conflicts with current radio signal monitoring techniques. There is no acceleration of the Lorentz transformation in four-dimensional spacetime according to relativistic theory since no consistent worldwide radio frequency shift pattern, such as the same standard mobile phone services everywhere, has been identified. As a result, the information from radio communications refutes Special Relativity's fictitious prediction. Because electron wave functions in real photon transmission lack frequency shift features, wave models of radio and light transmission misinterpret the behaviour of electrons and photons only in terms of electron wave functions. Since the frequency of electron waves in a circuit is different from that of a laser, the electron waves used for CD disc reading by Wave Model are not caused by the behaviour of photons and electrons. As stated in the Introduction, there is no empirical evidence to back up the electron transition hypothesis in quantum mechanics. The interaction of electrons and photons results in radio emission and reception. The antenna in signal communication provides proof. The antenna in radio signal emission does not have a significant, detectable magnetic field since it is not made of magnetic metal components and does not have a complete electric circuit. The antenna's internal local Electromagnetic Field (EMF) fluctuations are what allow the capacitor to receive radio signals. Since the radio frequency in the air is comparable to that in an electric circuit, it is likely caused by photon-dependent electron movements that affect the antenna's Electromagnetic Field (EMF). This is why the concept of Photon-Collision-Mediated Electron Movement (PCMEM) is proposed.

In the photon transmission of the Collision Mechanism, there are two distinct types of collisions: electron-photon and photonphoton. The radio emission and reception process are demonstrated using photon-electron collision interactions. The radio/light transmission slowdown is caused by photon-photon collisions. The continuous frequency shift pattern shows that there is a slowing of radio/light transmission because the distance between two successive photon groups (not a wave-like pattern) continuously decreases along the transmission channel. It goes against the Doppler Effect's single-frequency shift paradigm. According to Rician observations, the strength of radio signals fluctuates erratically up and down, and radio frequencies move back and forth along their transmission paths. This suggests that radio transmissions change dynamically in an irregular pattern, which is consistent with the free electron movements in antennas. As a result, signal transmission and reception are caused by electron and photon collisions. Quantum electron transition is capsized by dense photon group radio signal transmission. The well-known variations in light speed in various media support the mathematical analysis, which shows the link between photon speed before and after impact. 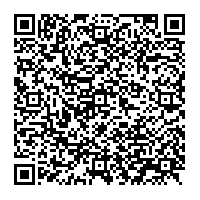