The most basic indicator of the state of climate change at the top of the atmosphere (TOA) is the fluctuation in the radiation budget. To study Earth's radiation budget, a precise assessment of shortwave radiant exitance is essential (ERB) at TOA. Obtaining data on the Earth's outgoing shortwave radiation (OSR) is crucial for calculating the planet's radiant exitance of shortwaves. Moon-based sensors are less advanced than satellites that are sent into orbit. (MS) might offer extensive, long-term, and continuous data for Earth radiation measurements, giving ERB a fresh viewpoint. However, the elements influencing the calculation of Earth's OSR in the lunar direction, such as anisotropic surface reflection and the impacts of clouds and aerosols on the radiation budget, have not yet been well investigated. We solely considered the impact of anisotropic surface reflection in this paper. We built a model to estimate Earth's OSR in the lunar direction (EOSRiLD), integrating the factors of anisotropic surface reflection (scene types, solar zenith angles, viewing zenith angles, and relative azimuth angles), as well as a radiant flux in Moon-viewed sunlit regions, to determine the extent of this influence. Then, we spoke about it throughout three time periods (Earth's rotation, the span of a revolution, and synodic month cycle) and examined the effects of three factors on anisotropic EOSRiLD: the extent of the Moon-viewed sunlit zone, scene kinds, and incident-viewing angular bins. Our findings reveal that whereas EOSRiLD based on anisotropic and isotropic reflection assumptions differ, they all exhibit the same monthly cycle shift that is connected to the size of the sunlight region as seen from the Moon. The discrepancies between anisotropy and isotropy are highest at the beginning and end of the lunar month; when it is nearing the beginning of each cycle, there is a tiny differential peak. The respective azimuth angles between the Sun and Moon induce both anisotropy and isotropy. 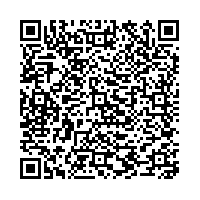