There is evidence that dromedary heavy-chain antibodies, which have been in vivo-matured without light chains, constitute a unique source of inhibitory antibodies. After immunizing a dromedary with bovine erythrocyte carbonic anhydrase and swine pancreatic amylase, it was discovered that a significant amount of heavy-chain antibodies circulate in the bloodstream, acting as real competitive inhibitors. Conventional antibodies, on the other hand, do not appear to interact with the enzyme's active region. We next showed that lymphocytes from the peripheral blood may be used to clone variable domain segments in a phage-display vector in a single step. Several antigen-specific single-domain fragments for both enzymes may be easily obtained using biopanning. We further show that active site binders are significantly represented among the isolated fragments. When examined in chromogenic experiments, these active site binders appear to be strong enzyme inhibitors when generated as a recombinant protein in Escherichia coli. 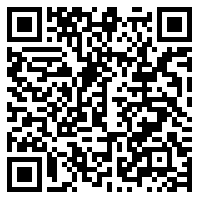