Pharma Biotech 2018: The centers of premeltons signal the beginning and ends of genes

Premeltons are examples of emergent structures (i.e., structural solitons) that arise spontaneously in DNA due to the presence of nonlinear excitations in its structure. They are of two kinds: B-B (or A-A) premeltons form at specific DNA-regions to nucleate site-specific DNA melting. These are stationary and, being globally nontopological, undergo breather motions that allow drugs and dyes to intercalate into DNA. B-A (or A-B) premeltons, on the other hand, are mobile, and being globally topological, act as phaseboundaries transforming B- into A-DNA during the structural phase-transition. They are not expected to undergo breather-motions. A key feature of both types of premeltons is the presence of an intermediate structural-form in their central regions (proposed as being a transition-state intermediate in DNA-melting and in the B- to A-transition), which differs from either A- or B-DNA. called Beta- DNA, this is both metastable and hyperflexible and contains an alternating sugar-puckering pattern along the polymer-backbone combined with the partial-unstacking (in its lower energy-forms) of every other base pair. Beta-DNA is connected to either B- or to A-DNA on either side by boundaries possessing a gradation of nonlinear structural-change, these being called the kink and the anti-kink regions. The presence of premeltons in DNA leads to a unifying theory to understand much of DNA physical-chemistry and molecular-biology. In particular, premeltons are predicted to define the 5??? and 3??? ends of genes in naked-DNA and DNA in active chromatin, this having important implications for understanding physical aspects of the initiation, elongation and termination of RNA-synthesis during transcription. For these and other reasons, the model will be of broader interest to the general audience working in these areas. The model explains a wide variety of data, and carries within it a number of experimental predictions all readily testable as will be described in the presentation. Recent Publications 1. Sobell H M (2016) Premeltons in DNA. Journal of Structural and Functional Genomics 17(1):17-31. 2. Sobell H M (2009) Premeltons in DNA. A Unifying Polymer Physics Concept to Understand DNA Physical Chemistry and Molecular-Biology. Explanatory Publications ISBN-978-0-615-33828-6. 3. Sobell H M (2013) Organization of DNA in Chromatin. Rather than bending uniformly along its length, nucleosomal DNA is proposed to consist of multiple segments of B- and A- DNA held together by kinks when forming its left-handed toroidal superhelical structure. Explanatory Publications ISBN-978-0-692-01974-0. 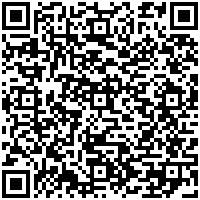