Out of the Fry Pan into the Fire: Pyrexia of Unknown Origin

Fortunately, we were designed with a complex mechanism for our own immune system called pyrexia. Pyrexia is a rise in the body's core temperature, otherwise known as a fever. Fever is generally a medical condition characterized by an elevation of body temperature above the normal range of 36.5 to 37.5°C due to an increase in the temperature regulatory set-point. When body temperature increases, there is a feeling of cold despite an increasing body of temperature. It is a mechanism developed by the immune system to reduce the severity of illness by preventing bacteria and viruses from multiplying. This activation of the immune system has worked for centuries before medicine was invented. Most individuals view a fever as something that is bad or harmful, but it is a sign that our body is working in our favor to fight disease. Fever is generally the result of an immune response by your body to a foreign invader. These foreign invaders may include viruses, bacteria, fungi, drugs, or other toxins. Here we discuss the case of a 29-year-old male patient who is suffering with pyrexia of unknown origin. 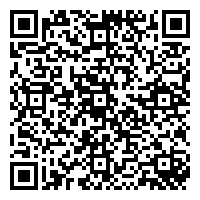