In this letter, I address the model which stems from the de Sitter space-time. We can consider empty de Sitter space-time as the Universe where space metrics i.e. the expansion of space is a consequence of the decrease of time elongation during the evolution of Universe i.e. curved time. In the de Sitter metric, this is represented by the relation distance-time elongation and by the acceleration of the expansion of space. The new model explains that de Sitter cosmological time is proper time of the Universe. The cosmological time curvature interacts with photon's energy from distant galaxies like in classical gravitational redshift. Empty de Sitter represents the inertial state of the Universe. What this proposal contributes to the de Sitter universe is variable cosmological constant i.e. parameter. The cosmological parameter is represented in the change of time curvature which we can correlate to the change of photons' energy of distant galaxies and CMBR in time. 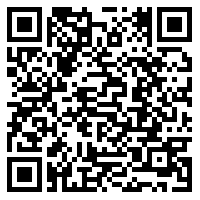