The FIP effect is the three to four time’s greater (FIP bias) abundance of low First Ionization Potential (FIP) components in the closed loop active corona than in the photosphere. Evidence suggests that different coronal structures have varied abundances. Here, we investigate the FIP effect using a variety of soft X-ray spectroscopic observations taken by the Chandrayaan-2 orbiter's Solar X-ray Monitor (XSM). A-class flares were seen at solar cycle 24's minimum. We determine using time-integrated spectral analysis the four element abundances of Mg, Al, Si, and S, as well as the average temperature and emission measurement. While the measured abundances indicate an intermediate FIP bias for lower A-flares (such as A1), and the FIP bias is near unity for higher A-flares, the temperature and emission measure scale with the flares sub-class. We conduct a time-resolved spectral analysis for a sample of the A-class flares and look at the evolution of temperature, emission measure, and abundances to further investigate it. In the impulsive phase of the flares, we observe that the abundances shift from their coronal values toward their photospheric values, and that they swiftly revert to their typical coronal values after the impulsive phase. 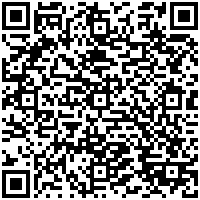