Methylglyoxal Modified DNA: A Possible Trigger in the Pathophysiology of Diabetes Mellitus

Background: Methylglyoxal (MG), a highly reactive electrophile, is a glycating agent having much higher reactivity than that of glucose. Previous studies have suggested that MG reacts with proteinsâ amino groups which result in the formation of advanced glycation end products and free amino group of nucleic acids resulting in the formation of DNAâAGEs. Previous studies have been done which showed that the concentration of MG and its derived AGEs increases in patients with diabetes and its complications. However, most studies till date have focused on the glycation reactions between glucose and proteins as glucose is the most abundant sugar in blood and is substantially elevated in diabetes. The aim of the study our aim was to analyze the effects of MG on DNA and to evaluate the impact of glycated DNA in etiopathogenesis of Type 2 Diabetes Mellitus. Subject and Methods: In this study, DNA was modified by the glycation reaction of MG with lysine in the presence of Cu2+. The modified DNA has been characterized by various physiochemical techniques, like Absorption (UV/Vis) spectroscopy and fluorescence spectroscopic analysis. MG-modified-DNA exhibited extensive damage as revealed by various physico-chemical studies. The antibody analysis was undertaken by direct binding and competitive inhibition ELISA. MG-modified-DNA showed increased hyperchromicity and increased fluorescence intensity. Sera of diabetic patients showed preference for MG-modified-DNA in comparison to native DNA. Inhibition ELISA supported the above findings. MG-modified-DNA emerged as a powerful inhibitor as compared to native DNA. Results: Our study showed that the structural perturbations in MGâLysâCu2+-DNA which implied the generation of new epitopes that might have made the molecule immunogenic and furthermore, it suggested that DNA glycated with MG may trigger an immune response which might result in generation of anti-glycated DNA antibodies (sera autoantibodies) which are preferably bound by glycated-DNA as compared to native DNA in Type 2 DM patients. 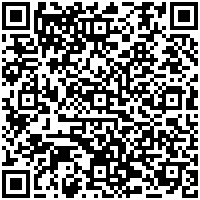