Meningitis is an atypical infection, affecting the membranous coverings of the brain and spinal cord-meninges. Meningitis may be of different types depending upon the causative agents, including bacteria, viruses and fungi, and are commonly referred to as bacterial, viral and fungal meningitis, respectively. There are several viruses, such as Enteroviruses, Herpes Simplex Virus-2 (HSV-2) and Varicellazoster virus, which have been known to cause meningitis. The viral meningitis is the prevalent type of meningitis and typically disappears without treatment. Various bacteria, such as Streptococcus pneumoniae, Neisseria meningitidis, Haemophilus influenzae and Listeria monocytogenes, have been shown to cause meningitis. Bacterial meningitis is the most acute type and could be life-threatening. It is contagious and might be transmitted by prolonged close contact with an infected person. The rare form of the disease is fungal meningitis. Fungus, namely, Cryptococcus neoformans, has been mainly reported to cause fungal meningitis. It typically encounters people with the feeble immune system. In this review article, the three forms of meningitis, as well as the symptoms of the disease, which vary with age, have been discussed. 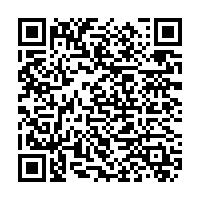