Insurance companies in South Africa are increasingly developing insurance products which will enable patients to afford genetic testing for purposes of personalised medicine, specifically in the oncology fields. But because South Africa does not currently possess sufficient local capacity to sequence and/or test genetic samples, these services will have to be outsourced to laboratories in foreign countries. South Africa is also home to the San, an indigenous population with the oldest living genes on earth, which make this population highly sought after for GWAS and other genomic research. It is thus clear that South Africa scientists and medical practitioners will increasingly engage with their foreign counter parts by means of Material Transfer Agreements, as these are only two examples of areas where the cross border transfer of human biological material will be imminent. In July 2018 South Africa has adopted its first formal Material Transfer Agreement for Human Biological Materials in terms of its National Health Act 61 of 2003 which, amongst others, addresses issues such as benefit sharing, informed consent, publications and publicity. However, this agreement sorely lacks substance when it comes to the management of intellectual property, which often constitutes the lifeline of biotechnology companies. It also does not deal with material ownership, as opposed to possession, or privacy, further considering that genetic material and genetic sequences resulting therefrom cannot really be de-identified to comply with the recently enacted European GDPR and the South African Protection of Personal Information Act 4 of 2013. 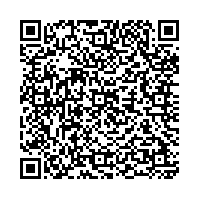