Inhibitors to a Thriving Economy in Outer Space: A Commentary on the Weakening International Framework & the Rise of National Legislation

Entrepreneurs and blue-chip corporations alike are seeking to capitalize on outer space’s bountifulness, setting industry growth ablaze and establishing an  engine for an economic and technological revolution. However, there remains meaningful impediments that could stifle the industry’s growth. The paper begins with an examination of the growing legal uncertainty of activities in outer space. Significant debate regarding the current international law’s permissibility of space activities has left private businesses perplexed about the legal status of their endeavors. Next, this paper investigates the recent resulting proliferation of conflicting national legislation in response to the uncertainty on the international level. It finds that the risein state regulations is constructing an environment of regulatory competition, threatening to lower the standards of policies. This paper concludes with an assessment of some of the competitions already underway, speculates on future competitions, and warns of an already convoluted regulatory system becoming more challenging. Ultimately, this paper seeks to encourage scholars, lawmakers, and industry leaders alike to reexamine the international regulatory framework, making updates as needed to curb regulatory competition. In doing so, itbecomes possible to avoid the growing possibility of inhibiting the development of NewSpace and the resulting technological and economic revolutions. 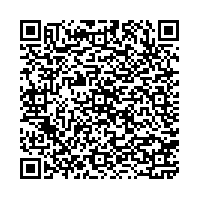