Vinasse is among the byproducts of alcohol production factories. In this research, the aim has been to identify the volatile compounds present in vinasse, which are the cause of a stinking odor. Head space solid phase microextraction using PDMS/CAR/DVB commercial fiber as sorbent is used for absorption of the volatile compounds. The PDMS/CAR/DVB fiber was exposed to the headspace above the sample for 30 min. thereafter, the fiber was transferred to the injection port ofgass chromatograph (GC), and its components were separated. 32 separated compounds on the GC equipped with mass detector with a frequency percentage of over 0.9% were determined by the instrument library and by comparing their Kovat’s index in the literature. Among the major compounds in vinasse were ethanol gasoline (26.52%), 2-hydroxy benzoic acid (6.49%), decanoic acid ethyl ester (5.32%), and Limonene (4.02%). Therefore it was concluded that the present headspace micro extraction is well able to separate and detect the volatile compounds present in vinasse. It was found that eight of the detected compounds generate the stinking odor of vinasse. 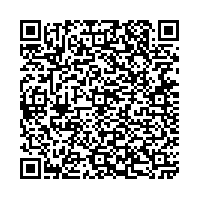