Lactic acid bacteria (LAB) can be defined as gram-positive, acid-tolerant, generally non-sporulating, non-respiring, either rod-shaped (bacilli) or spherical (cocci) bacteria that share common metabolic and physiological characteristics. These bacteria are usually found in decomposing animal and plants sources, produce lactic acid as the major metabolic end product of carbohydrate fermentation. They are frequently distributed in traditional fermented foods and beverages and they are known by producing varieties of bioactive compounds which have effective antagonistic activity against food borne pathogens and spoilage microorganism. Lactic acid bacteria are widely used as probiotics in food industry since they are useful in prevention and treatment of diarrheal diseases. Probiotics are live microorganisms which have effective antagonistic activity and also when administered in adequate amounts promote the health of the consumer. Therefore, this study was aimed to evaluate the antimicrobial activity and probiotic property of lactic acid bacteria isolated from some selected Ethiopian traditional fermented foods and beverages. Hence, for this study different types of Ethiopian traditional fermented foods and beverages like( Kotcho, Bulla, Ergo, Shamita, Borde and Bukuri) were collected and transported to Microbiology laboratory (Jimma University, Biology) for isolation and characterization ,evaluation of antimicrobial and probiotic property of LAB isolates. Totally about 180 samples; 30 Kotcho, 30 Bulla, 30 Ergo, 30 Shamita, 30 Borde and 30 Bukuri were collected for isolation and characterization of lactic acid bacteria. Isolation and characterization of lactic acid bacteria were conducted following their morphological, physiological, biochemical and molecular characterizations and to evaluate the probiotic activity of LAB, the tolerance and survival rate of LAB to different stress condition like low pH, intestinal inhibitor substance, high salt concentration, bile salt, stimulated gastric/ intestinal juice and intestinal inhibitor substance were evaluated. Similarly, antimicrobial activity of LAB isolates were investigated against standard bacteria pathogens; S.aureus, S.Thyphrium, E.coli, P.aurugionsa, K.pnemonia and C. albcans. From the total 570 LAB isolates characterized, 125 of them were identified as the potential showed good antimicrobial activity and potential probiotic characteristics. But, from 125 LAB isolates screened, only 27 LAB strains were selected and screened for this study to see their molecular characterization. Hence, from all traditional fermented foods that have been collected Lactobacillus species were the dominant lactic acid bacteria. On other hands, from the total LAB isolates tested for their potential probiotic property 18 of them have showed potential probiotic property, since all the isolates were capable to tolerate low pH, bile salt, high salt concentration and survive stimulate gastric or intestinal juice as well as intestinal inhibitor substances. So, finally 18 LAB strains were selected as potential probiotic LAB to be applied as best starter culture and for the enhancement fruits and vegetables shelf life. On other hands, the outcome of these studied parameters were used as input data for a principal component analysis (PCA) to select the most promising isolate and the isolates were identified through 16S rDNA sequencing. This study provided a basis for the selection of antimicrobial peptides and the development and utilization of LAB for their potential antimicrobial activity and probiotic activity. 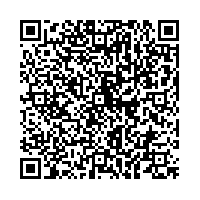