Tower cranes are a type of very effective transportation gear that are frequently utilised on building sites. The investigation into Distributed Mass Payload (DMP) issues has received increased interest as a result of the volume and mass of payload being delivered rising. However, the majority of the control algorithms now in use, which were created for Concentrated Mass Payloads (CMP), are insufficient to handle the demands of practical production. The fundamental distinction between DMP and CMP is the inability of DMP to adequately reduce the residual payload swing brought on by inertial torque, which creates safety risks. Additionally, due to the variable working environment, it is challenging to collect precise system characteristics (such as mechanical frictions and air frictions), which results in positioning mistakes. We first create a mathematical model of a Double-Pendulum Tower Crane with Distributed Mass Payload (DTCDMP) and do a dynamic analysis to address the aforementioned problems. Then, we suggest a fuzzy adaptive control system that can accomplish precise positioning and efficient anti-swing and has a good tracking effect against external disturbances and parameter uncertainties. The system's stability is then firmly demonstrated using the Lyapunov technique and LaSalle's invariance principle. The effectiveness and robustness of the proposed controller are lastly confirmed through multi-group comparative studies on the basis of tracking the S-shaped trajectories. 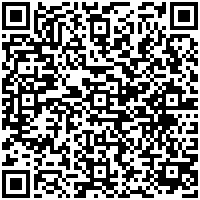