Design and Development of a Plasma Micro Thruster

Plasma Propulsion is a state of the art modern technique for Spacecraft Attitude Control as well as the primary source to propel Deep Space Missions. Under High Vacuum to mimic the Space Environment, experiment using High Voltage of around 0.5kV was applied in a glass tube to generate Plasma. The Plasma generated was subjected to Lorentz force using Permanent Ring Magnets to accelerate the ion bean to be ejected from the Nozzle at the end of the Plasma tube. The experiment is being tested with and without Electric field for best and most efficient results. The success of this experiment would be followed by a Prototype Design of the Thruster using the above described experiment incorporated in the working mechanism. Optimized and easier Plasma Generation Techniques such as Microwave Generation would also be tested at the finishing stages to give way for a better and efficient Plasma Micro Thruster research and development program in the future. 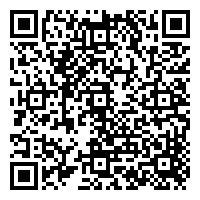