After the first observation that keV ions are guided through insulating nano capillaries, the research topic has received increased attention during the past decade. The significant property of the capillary guiding is a self-organizing process, which controls the charge deposition inside the capillaries. With increasing deposition of the ions, the charge patch increases until the electrostatic field is sufficient to deflect the ions. At equilibrium, the ions are guided at relatively large distances from the surface so that they maintain their incident charge state. Milestones of the field are summarized in accordance with a recent review over the studies of capillary guiding. Experiments are treated emphasizing the guiding of highly charged ions in the keV energy range. Recent work with insulating nano and micro capillaries is reviewed. Apart from the experimental studies, theoretical concepts of the capillary guiding are presented. Specific emphasis is given to single conical capillaries allowing for the production of an ion beam of micron dimensions that can be applied in investigations of biological matter. Experiments are pointed out wherein the microbeam is directed on individual cells scanning their nucleus, environment and surface. Changing the ion energy, the insertion depth of the ion beam is varied so that the cell can be analyzed in three dimensions. 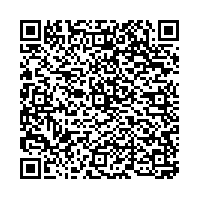