The human germinal mutations in the X-chromosomal gene for Hypoxanthine-guanine Phosphoribosyl Transferase (HPRT) quickly made it a useful target for research of somatic mutations in vitro and in vivo in humans and animals. HPRT functions as a basic reporter gene in this manner. For obvious reasons, the in vivo mutational research have focused on peripheral blood cells. Humans exposed to environmental mutagens are currently monitored using in vivo mutations in T cells, with investigations of molecular mutational spectra serving as adjuncts to identifying the cause. HPRT mutations have been found to have unexpected clonality among TCR gene-defined T cell clones in vivo, suggesting that HPRT mutations could be probes for fundamental cellular and biological processes. The use of HPRT in this way has allowed researchers to look at recombinase-mediated mutations as markers of a carcinogenic mutational process, use somatic mutations as surrogate markers for in vivo T cell proliferation that underpins immunological processes, and discover and study mutator phenotypes in non-malignant T cells. 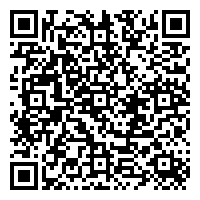