A chemical simulation of the infection of sugar cane leaves by smut (Sporisorium scitamineum), using an elicitor isolated from the growing fungal mycelium, provokes an increase of the pattern of lignification of both sclereids and xylem elements. The entry of the elicitor into the tissues of the plant likewise induces the production and secretion of a mucilaginous material, probably glycoproteins, that has been considered as a primary response of defense. In addition, the elicitor provokes an increase in the thickness of the lignified cell walls of sclereids surrounding the phloem bundle as well as the mid and small xylem vessels. After elicitor treatment, the appearance of transverse bundles that were born from the mid xylem elements is for the first time described. Although these transverse bundles also occurred in non-infected plants, the length reached by the new differentiated xylem tissue in transverse development, as well as their number and complexity, seem to be higher after elicitor treatment than that observed in healthy plants. The possible blockade of the xylem elements by the growing mycelium or by an excess of secreted polymers can be prevented by the increase in the number of transverse xylem by-pass between vascular neighboring bundles. 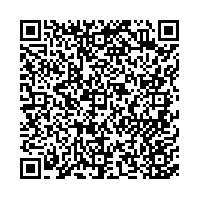