Hyper-fast pulsars are a class of neutron star with extreme velocities relative to the stellar background. These objects elude existing theories of neutron star synthesis. Of relevance to their understanding is the emergence of Information as a fundamental principle in Physics and Astrophysics. This leads to an examination of Information Theory as it relates to Einstein's century-old postulate that Quantum Mechanics is incomplete. The result is a model of spacetime as a noiseless Information Channel with a finite Channel Capacity defined by the Holevo Limit of Information transmission through the Quantum vacuum. A premise is presented that within the context of Information Theory, General Relativity Theory is applicable not only to velocities approaching C, but to hyper-complexity of physical state approaching the Holevo Limit. It is hypothesized that the extreme flux density and chaotic nature of magnetic fields during neutron star coalescence approaches the Holevo Limit, and this results in spatial dilation in a static inertial frame of reference. Under General Relativity Theory, dilation of spacetime in a static inertial frame manifests as an acceleration, and this is proposed as the mechanism imparting the extreme velocity of hyper-fast pulsars. It is proposed that existing computer simulations of stellar core collapse supernovae, modified to address the above theoretical premise, may demonstrate high velocity ejection of a neutron star. Algorithms derived from such a successful simulation may be hosted on a compact supercomputer serving as a real-time device driver for a benchtop supermagnet apparatus. This may yield controlled spatial dilation and a detectable acceleration upon the magnet apparatus. Such an experimental result will prove that Einstein was correct in his assertion, to the end of his life, that Quantum Mechanics is an incomplete description of Physical reality. A discussion of interstellar spaceflight from an engineering perspective based upon such a propulsion principle follows 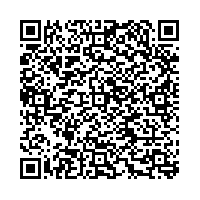