Zika virus (ZIKV) remained a comparatively incomprehensible animal virus to us so far. During a recent series of outbreaks with severe clinical complications, this virus came into the spotlight as a serious infective agent and raised worldwide public health concern. In this article, attempt was made to present the history and medical issues of ZIKV infection, recent outbreaks and also the emergence of ZIKV in different hemisphere. This article also focuses on recently reported complications of ZIKV infection together with Guillain-Barre syndrome and abnormality, potential interactions between ZIKV and break bone fever virus, and also the prospects for the event of antiviral agents and vaccines. Considering the recent outbreaks, it is important to increase the public awareness with more information related to the disease, symptoms, prevention and control.

Zika virus is an arbovirus. It is a member of the Flaviviridae family, belongs to genus Flavivirus and Spondweni group which is responsible for infection in human population. Zika virus is a single stranded RNA virus with two major lineages: Asian and African.

This virus was first isolated in 1947 from a febrile rhesus macaque monkey in the Zika Forest of Uganda and later identified in Aedes africanus mosquitoes from the same forest. Zika virus transmission is observed between non-human primates (such as monkeys and apes) and mosquitoes, with humans as occasional accidental hosts. In areas outside African continent, however, humans have possibly become the principal hosts [1]. Phyletic analysis of a Netherlands Guiana Zika virus indicates that it belongs to the Asian genotype.

Most closely involving strain of Asian lineage caused epidemic in French Oceania in 2013, sharing 99.7% and 99.9% of ester and amino alkaloid acid identity, respectively. This finding agreed with the results obtained during the analysis of envelope sequences from Brazilian patients. A mutation within the Asian lineage could have allowed the virus to adapt to the human as critical non-human primate host. 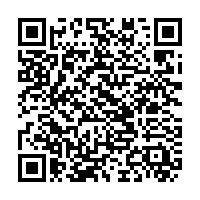