Graft Copolymerization of Vinyl Acetate on Gum Arabic. Effect of Amount of Substrate

The graft copolymerization of vinyl acetate onto Gum Arabic in aqueous medium was studied using benzoyl peroxide in the presence of polyvinyl alcohol. The effect of amount of substrate (Gum Arabic) over the range 2 g to 6 g was investigated. It was found that the graft level and grafting efficiency decreases with increase in the amount of substrate. This indicates that a low number of grafting sites may have been created on the substrate.

Graft copolymerization provides a unique technique for modifying polymers to meet desired use requirements. Graft copolymers of polysaccharides are of additional interest because of their potentials as enhanced viscosities in secondary petroleum recovery processes, and as flocculants in mining and wastewater treatments [1]. Graft copolymerization of vinyl monomers is one of the universal effective and accessible methods for the chemical modification of natural polymers [2].

An important advantage of graft copolymerization is that the polymeric substrate or backbone polymer and the grafted polymer chains are held together by chemical bonding allowing the two polymers to be intimately associated rather than as mere physical mixture. Thermodynamically, the grafted chains are expected to be distributed on the backbone polymer and impact beneficial effects on the properties of the composite. In fact, the chemical, physical, mechanical and rheological properties of graft polymers correlate well with the size and distribution pattern of the grafted backbone polymer [3]. Thus a major focus in graft copolymerization studies is the optimization of grafting frequency i.e., the number of polymer grafts introduced on the backbone polymer [3].

Graft copolymers are becoming more important as an alternative to totally new linear polymers and copolymers, as the ability to synthesize polymers of any quality from readily available and reasonably in-expensive monomers is very attractive industrially [4]. Grafting yield copolymers with remarkable changes in physiochemical properties with industrial and commercial values [5-12].

Gum Arabic which is essentially a complex polysaccharide is a natural gum made of hardened sap taken from species of the acacia tree. It is harvested commercially throughout the Sahel from Senegal and Sudan to Somalia and also in the northern part of Nigeria [13]. Gum Arabic is useful as hydrocolloid, emulsifier, texturizer and film-former [14].

Gum Arabic was purchased from Kano market in Kano. It was purified by dissolving in deionized water for three days, filtered and precipitated in excess isopropanol and dried in vacuum desiccator.

The effect of amount of substrate was determined using various amounts of gum Arabic and constant amounts of benzoyl peroxide and vinyl acetate. The Gum Arabic (2, 3, 4, 5 and 6 g) respectively for the different sets of the experiment was dispersed in 20 ml of deionized water in a beaker. The required amount of polyvinyl alcohol (4.53 mol/L) was introduced into the beaker. The beaker was placed in a water bath and heated at a temperature of 70°C. The required amount of benzoyl peroxide (0.02 M) was added to vinyl acetate (4.88 mol/L) in a test tube and the reaction was allowed to proceed for 30 min in a water bath at a temperature of 70°C. The benzoyl peroxide/vinyl acetate was then added to the beaker containing Gum Arabic/polyvinyl alcohol at 70°C and the polymerization reaction was allowed to proceed with agitation for 2 h. The reaction mixture was poured into excess isopropanol (150 cm3) to precipitate the total polymer. It was filtered and dried in air.

Where W1 and W2 are the weights of the Gum Arabic and grafted polymer respectively.

The grafted polymer chains were isolated from the backbone polymer by treatment with 5 ml dilute sulphuric acid for 24 h at room temperature. The mixture was poured into excess methanol (100 cm3) and the grafted polymer precipitated was dried overnight. The isolated polymer was dissolved in acetone and the average molecular weight was determined from viscosity measurement in acetone at 25°C using Mark-Houwink equation.

Where η is the intrinsic viscosity of the polymer, Mv is the average molecular weight, K and ‘a’ are empirical (Mark-Houwink) constants that are specific for a given polymer, solvent and temperature.

The graft level (Figure. 1), grafting efficiency (Figure. 2), molecular weight of grafted chains (Figure. 3) were found to decrease with increase in the amount of Gum Arabic (Table 1). 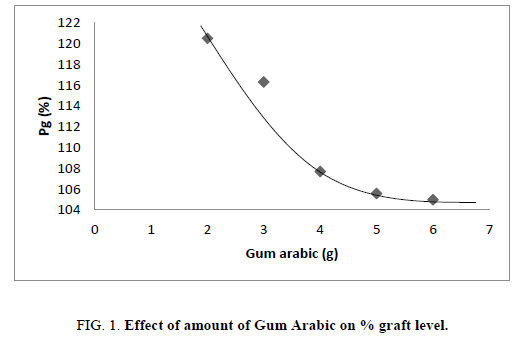 Figure 1: Effect of amount of Gum Arabic on % graft level. 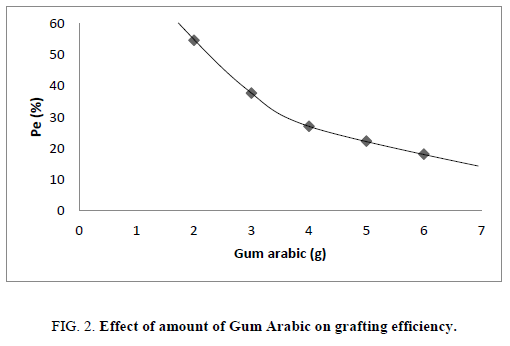 Figure 2: Effect of amount of Gum Arabic on grafting efficiency. 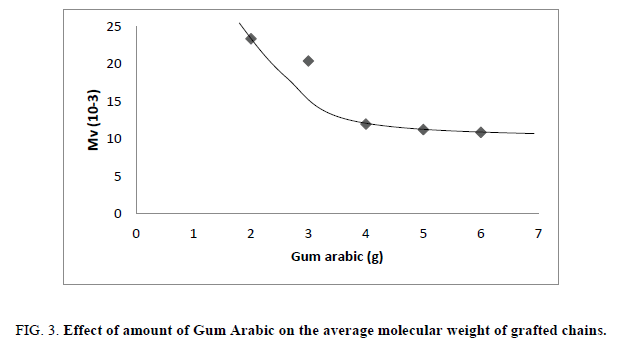 Figure 3: Effect of amount of Gum Arabic on the average molecular weight of grafted chains.

Table 1: Variation of amount of substrate.

This may be due to the low number of grafting site created on the substrate because of the increased amount of gum compared to a fixed concentration of the initiator.

The graft copolymerization of vinyl acetate on Gum Arabic using benzoyl peroxide was presented in this article. Benzoyl peroxide can successfully initiate graft copolymerization of vinyl acetate onto Gum Arabic. The effect of amount of substrate was investigated and discussed. It was found that the graft level and grafting efficiency decreases with increased amount of substrate. The decrease may be due to the low number of grafting site created on the substrate because of the increased amount of gum compared to a fixed concentration of initiator. 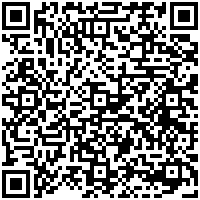