The smallest complex in the respiratory chain, succinate dehydrogenase (Complex II or succinate-ubiquinone oxidoreductase), transports electrons from succinate straight to the ubiquinone pool. Succinate dehydrogenase inhibitor (SDHI) fungicides disrupt the ubiquinone-binding sites in the mitochondrial complex II, inhibiting fungal respiration and playing an important role in the integrated control of numerous plant diseases. Unlike the previous generation of SDHI fungicides (e.g. carboxin), which were only effective against basidiomycetes, newer active components in this class (e.g. boscalid, penthiopyrad, and fluopyram) have broad-spectrum activity against a variety of pathogens various fungal species. Consistent use of site-specific fungicides like SDHIs, on the other hand, might lead to the selection of resistant fungal genotypes, resulting in a rapid drop in fungicide efficacy. This paper summarises previous and recent progress in understanding the molecular mechanisms and other factors that influence SDHI fungicide resistance evolution. We also make recommendations for the future usage of this group's newly created compounds, as well as future research potential. 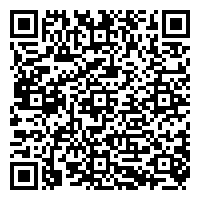