The smallest complex in the respiratory chain, succinate dehydrogenase (Complex II or succinate-ubiquinone oxidoreductase), transports electrons from succinate straight to the ubiquinone pool. Succinate dehydrogenase inhibitor (SDHI) fungicides disrupt the ubiquinone-binding sites in the mitochondrial complex II, inhibiting fungal respiration and playing an important role in the integrated control of numerous plant diseases. Unlike the previous generation of SDHI fungicides (e.g. carboxin), which were only effective against basidiomycetes, newer active components in this class (e.g. boscalid, penthiopyrad, and fluopyram) have broad-spectrum activity against a variety of pathogens various fungal species. Consistent use of site-specific fungicides like SDHIs, on the other hand, might lead to the selection of resistant fungal genotypes, resulting in a rapid drop in fungicide efficacy. This paper summarises previous and recent progress in understanding the molecular mechanisms and other factors that influence SDHI fungicide resistance evolution. We also make recommendations for the future usage of this group's newly created compounds, as well as future research potential.

Industrial research initiatives have led to the development of important crop protection chemicals with a variety of desirable features, such as specificity, systemicity, curative and eradicant action, and high activity at low use rates. Succinate dehydrogenase inhibitor (SDHI) fungicides are effective against a wide range of phytopathogenic fungi. These chemicals bind to the ubiquinonebinding site (Q-site) of mitochondrial complex II, preventing the fungus from respiring [1]. They have no cross-resistance with other chemical classes like strobilurins, benzimidazoles, or anilinopyrimidines because of their distinct mode and site of action [2]. As a result, they're ideal candidates for preventing fungicide resistance and improving disease control. Unfortunately, because of the uniqueness of their method of action, regular and extensive use of these compounds may result in resistance selection among pathogen populations in the field. Understanding the genetic variables that influence the dynamics of evolution of pathogen resistant populations is a critical step in ensuring the long-term usage of SDHI fungicides [3]. For several years, scientists have recognised the mode of resistance at the molecular and genetic levels, as well as the existence of mutants resistant to complex II inhibitors like carboxin or flutolanil in several organisms. Recently, the release on the market of boscalid, the first representative of the newer SDHIs, boosted disease control, but resistance began to emerge in field populations of a restricted number of pathogen species shortly after its commercial use. We review previous and new investigations on the mechanisms and evolution of SDHI fungicide resistance in phytopathogenic fungi. We also make recommendations for future uses of this group's newly created compounds, as well as future research prospects [4].

Understanding the mechanisms that contribute to the emergence, development, and spread of resistance is essential for developing effective preventative and resistance management measures. Fungicide resistance is a crucial element in limiting the efficacy and longevity of critical beneficial fungicides, but it can also help us understand the fungicidal mechanism of action of a particular class of compounds at the molecular level. Single nucleotide polymorphisms linked with resistance to SDH-inhibitors have been found in the SDHIs molecular targets genes in numerous fungal species using molecular genetics techniques. Novel SDHI fungicides have been created, with some showing varied cross-resistance patterns to previously used SDHI fungicides. A fungicide's intrinsic activity is determined by its affinity for and strength of binding to the target site. 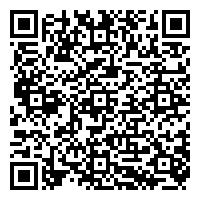