It is a voltage occurring between electrodes attached to a solid but does the liquid component shine on this component? A thing or device is called "photovoltaic" when the material is exposed to light which the material can absorb will transform the Light photon energy in the form of electrical energy Current and voltage by harvesting light.

Conjugated polymer is an object with a molecular structure represented as a network of single and double altering bonds which have semiconductor properties. Lowest unoccupied molecular orbital (LUMO) and Highest occupied molecular orbital (HOMO) are constructed by overlapping of pz-orbitals and thereby, filling the HOMO with the π-electrons in the polymer that is conjugated. The π-system is subjected all kinds of electronic and optical transitions and interactions, while the δ-bonds preserve the shape of the molecule by providing the chemical bonding. The valence band arises from the π-orbitals is bordered by the HOMO; while the π*-orbitals form the conduction band which is bonded by the LUMO. An energy gap exists between the LUMO and the HOMO, also known as band gap of the material. This difference is the product of being a prohibited electron zone changes. This zone is absent in case of metallic conductors leading to semi-filled bands and thus to intrinsic conditions.

Photovoltaic effect is the voltage between electrodes that are linked to a liquid or solid system on shining light on to this system. Conjugated polymer is a molecular agent whose systematic shape is defined as a system of alternating double and single bonds which give rise to properties of semi-conductor. Conjugated polymers are used for photovoltaic devices because photoexcitation with visible light is intrinsically stable and easily absorbed, Tunable band gap with in the entire visible spectral range, High absorption cross-section for photon harvesting and High charging yield when combined with materials accepting electrons. The important physical properties in the conversion of energy process that take place in polymers for photovoltaic cells are; diffusion of excitons in conjugated polymers, Absorption of a photon of light by photoactive material and generation of excitons, dissociation of charge carriers (electron-hole pair) at the donor-acceptor interface in to free carriers, and extraction of the charge carriers at the respective electrode interfaces, transport of free carriers towards the electrodes. The efficacy of converting solar energy into electrical energy depends on the band gap of the semiconductor absorbing light by a solar cell. Band gap is the difference in energy levels between the LUMO and HOMO and therefore, huge amount of energy is required for an excitation or difference in energy between the edges of the valence band and conduction band. The efficiency in power conversion is a function of band gap. For conjugated polymer device architectures based photovoltaic cells; there are of three types: photovoltaic cell and Bulk hetero junction, Bilayer hetero junction and Photovoltaic cell Single layer photovoltaic cell. 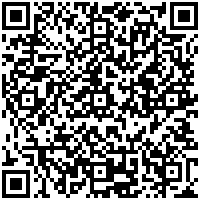