Pseudomonas aeruginosa is a fast-evolving bacteria that can cause catastrophic infections in immunocompromised people. Because of its strong antibiotic resistance profile, treating infected patients is challenging, if not impossible. Developing an efficient vaccination against P. aeruginosa is a critical step in addressing this issue. Acinetobacter baumannii is in a similar precarious state. Several vaccine candidates have been studied to date, but no approved vaccine has yet to hit the market. The outer membrane protein F (OprF), which works as a porin and plays an essential role in virulence, is one of P. aeruginosa's most important antigens. Previous research has mostly focused on OprF's C-terminal peptidoglycan binding region as a vaccine candidate. The N-terminal porin domain of OprF was explored as a potential vaccination candidate against P. aeruginosa in the current investigation. Overexpression of histidine-tagged recombinant N-terminal OprF in E. coli was followed by purification using metal affinity chromatography. The immunological response of Swiss albino mice was assessed after they were inoculated with Bacillus Calmette-Guerin (BCG) and alum. Immunized animals generated antigen-specific IgG1 and IgG2a antibodies and were protected against infection by P. aeruginosa and an A. baumannii clinical isolate expressing OprF. Using western blotting and a whole cell enzyme-linked immunosorbent test, serum from immunised mice revealed cross-reactivity with both pathogens (ELISA). To our knowledge, this is the first study to show that OprF's N-terminal domain is immunogenic enough to defend against the two infections. 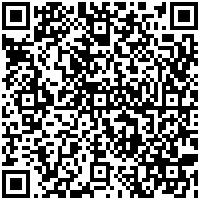