Pseudomonas aeruginosa is a fast-evolving bacteria that can cause catastrophic infections in immunocompromised people. Because of its strong antibiotic resistance profile, treating infected patients is challenging, if not impossible. Developing an efficient vaccination against P. aeruginosa is a critical step in addressing this issue. Acinetobacter baumannii is in a similar precarious state. Several vaccine candidates have been studied to date, but no approved vaccine has yet to hit the market. The outer membrane protein F (OprF), which works as a porin and plays an essential role in virulence, is one of P. aeruginosa's most important antigens. Previous research has mostly focused on OprF's C-terminal peptidoglycan binding region as a vaccine candidate. The N-terminal porin domain of OprF was explored as a potential vaccination candidate against P. aeruginosa in the current investigation. Overexpression of histidine-tagged recombinant N-terminal OprF in E. coli was followed by purification using metal affinity chromatography. The immunological response of Swiss albino mice was assessed after they were inoculated with Bacillus Calmette-Guerin (BCG) and alum. Immunized animals generated antigen-specific IgG1 and IgG2a antibodies and were protected against infection by P. aeruginosa and an A. baumannii clinical isolate expressing OprF. Using western blotting and a whole cell enzyme-linked immunosorbent test, serum from immunised mice revealed cross-reactivity with both pathogens (ELISA). To our knowledge, this is the first study to show that OprF's N-terminal domain is immunogenic enough to defend against the two infections.

Because P. aeruginosa has developed resistance to many routinely used medicines, new antimicrobial methods are urgently needed to combat these infections. Because of P. aeruginosa's extraordinary ability to create or acquire new antibiotic resistance mechanisms, avoiding infections with vaccination is a plausible and promising strategy for combating P. aeruginosa antibiotic resistance. Gram-negative bacteria's outer membrane proteins (OMPs) are attractive vaccine candidates because they reveal epitopes on the bacterial surface that can be identified by the host immune system [2].

Oprs proteins are highly conserved and antigenically linked across all P. aeruginosa serotypes, making them suitable immunogens for vaccine development. OprF is the most prevalent non-lipoprotein OMP in P. aeruginosa, and its amino acid sequences have been found to be substantially conserved among all the pathogenic and environmental strains [3].

We previously reported employing an optimised E. coli–based cell-free expression system in the presence of synthetic liposomes to reconstitute the full-length OprF protein of P. aeruginosa in proteoliposomes. We showed that fusing those recombinant proteoliposomes into preexisting tethered lipid bilayer membranes resulted in the integration of OprF, at least in its native closed shape, utilising neutron reflectometry and impedance spectrometry. We investigated the biochemical and biophysical properties of these OprF recombinant proteoliposomes in this study [4].

We observed that in vitro protein expression in the presence of liposomes with a specific lipid composition facilitated the reconstitution of OprF in both its native closed and uncommon active open conformations, resulting in the development of mega-pores across the liposomal membrane. In a mouse model of P. aeruginosa acute lung infection, we then evaluated the vaccination potential of OprF full-length protein in proteoliposomes, which exposed all of OprF's native conformational epitopes. Notably, we were able to protect mice against a mucoid strain against which no previous partial misfolded OprF vaccine had been able to achieve vaccination [5].

To combat the rising number of P. aeruginosa infections, a preventive vaccine is urgently needed. Despite extensive efforts to produce a vaccination against P. aeruginosa, there is currently no such vaccine available. Outer membrane proteins, flagellin, pili, exotoxin A, iron acquisition proteins, lipopolysaccharides, and type secretion apparatus were all investigated as vaccine candidates in P. aeruginosa. Vaccines that had been killed and those that had been live attenuated were also investigated. Because of the conservation and potency of antigenicity in diverse clinical strain serotypes, the development of outer membrane proteins-based vaccines is particularly promising in limiting P. aeruginosa infections. This is the first time the N-terminal porin domain of P. aeruginosa OprF has been studied as a single vaccine candidate, to our knowledge. Its significance has been undervalued and understudied in the literature. Overall, our findings are intriguing in terms of its potential use as a vaccine against P. aeruginosa and A. baumannii strains that possess OprF. OprF25-200 was studied with two safe and well-established adjuvants, BCG and alum. To increase protection, more testing with different adjuvants is needed. Other potential P. aeruginosa antigens could be investigated in conjunction with OprF25-200 in order to increase vaccination efficacy. 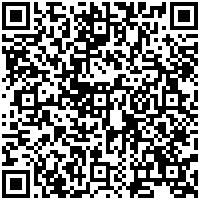