There is possible ability to increase microbiota easy to get to understand carbohydrates (MAC) in whole grains through food processing. Therefore, different processing conditions for boiling and extrusion of whole wheat flour were studied for their effect on MAC. Processing conditions had an almost nothing effect on fermentation response using poop-related samples of very different combination of different substances, objects, people, etc. However, the processing method affected the fermentation of non-digestible carbohydrates and later short chain fatty acids production, but only for a microbiome with high many different kinds of people and a fame of bacteria connected with dietary fiber intake. After that, five processing methods: boiling, extrusion, without being allowed to rise bread, yeast bread, and sourdough bread, were studied for their effects on in vitro fermentation of whole wheat flour using the Poop-related microbiota from subjects. Different grain processing operations caused changing in microbiota combination of different substances, objects, people, etc. and activity. Especially, sourdough bread supported a many different kinds of people microbial community that produced more butyrate and propionate. Looking at things in the opposite way, extrusion led to decreases in many different kinds of people and butyrate and propionate production, but enabled increase carbohydrate fermentation.

Changes in the microstructure of the grains were blamed for the variations. Two microbiomes from persons who consumed high and low levels of dietary fibre and whole grains, respectively, were inoculated into germ-free mice in order to better understand the impact of grain processing on host health. These mice were subsequently fed isocaloric western diets with cellulose (control), boiling whole wheat, extruded whole wheat, or extruded brown rice as supplements. Whole grains increased the variety of the mice harbouring the microbiome of a low-dietary-fiber user, and the whole grain source and processing had distinct impacts [1]. The mice with the microbiome of a high dietary fibre consumer had a more diversified microbiota and were less influenced by therapy. Boiling whole wheat reduced body fat and weight increase in these mice when compared to extruded whole wheat, while brown rice and whole wheat had no effect. Extruded grains lowered glucose tolerance in both microbiomes. As a result, the effect of whole grains and food processing on host health is influenced by both digestion and fermentation [2].

The microbiota and carbohydrate fermentation have both been demonstrated to be influenced by fermentation. SCFA generation in vitro was investigated using whole grain wheat bran that was either native, fermented with baker's yeast, or fermented with baker's yeast and enzyme treatment. When wheat was fermented with or without enzymes, it produced more butyrate and less propionate than when it was fermented without to that with native bran. Eight men were fed native bran, fermented bran, and enzyme-treated bran, and their blood plasma was taken [3]. Because SCFA is used in the colon, there were no variations in SCFA in plasma. It is used to bioprocess rye bran to include in bran enriched breads using a mix of hydrolytic enzymes and yeast. Bioprocessing contained higher soluble dietary fibre, soluble arabinoxylans, less furctans, and less -glucan than non-bioprocessed bran bread, according to the findings. There were also modifications in the bran's physical structure. When compared to the intact aleurone cells, subaleurone, and starchy endosperm of the seed, bioprocessing appeared to breakdown the aleurone cell walls and release starch granules non-bioprocessed bran bread. Because of a higher initial rate of SCFA production and enhanced breakdown detected by microscopy, bioprocessed bran was more fermentable when the loaves were digested and fermented in vitro. The effect of malting barley in high fat diets of rats was studied, and it was discovered that rats eating malted barley (and the cellulose control) had more microbial diversity than rats eating unmalted barley [4].

The microbiota communities were clearly divided by diet, with the malt group having more unclassified Clostridaceae, Rikenellaceae, RF32, and Clostridiales than the barley group, and the unmalted group having more Akkermansia, Bacteroides, and unclassified S24-7. Roseburia was more abundant in the barley group than in the control group. Furthermore, malting boosted butyric acid, but unmalted barley had significant levels of acetic and propionic acid. The structure of food is definitely altered during processing, and this has an impact on the microbiota. The impacts of processing tend to improve or have little influence on the various metrics measured [5]. However, due to the varied models utilised, whole grain sources, and processing settings, comparing these processes across studies is difficult. 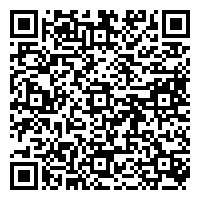