In the Case of Methicillin-Resistant Staphylococcus Aureus, a Combination of Proteomics Analysis was used

Citation: Razak M. In the Case of Methicillin-Resistant Staphylococcus Aureus, a Combination of Proteomics Analysis was used. Microbiol Int J. 2022;4(1):135.

Recent findings suggest that in bacterial populations receiving occasional antibiotic treatment, tolerance and resistance could arise quickly. In this study, we used antibiotic combinations in the lab to create novel methicillin-resistant Staphylococcus aureus strains with different phenotypes (tolerant, resistance, and decreased tolerance), then analysed their proteome profiles to figure out how they adapt. While the tolerance strains have proteomes that are considerably different from the susceptible ancestor strain, the resistant strains proteomes are extremely similar to the ancestral strain. Our proteomics data and other assays establish the link between discovered mutations and observed symptoms, supporting our current understanding of tolerance and resistance mechanisms. While resistance directly counteracts the antibiotic's action mechanism, tolerance entails significant alterations in the biological processes of the cells in order to acquire survival benefits. Overall, this research sheds light on the presence of many evolutionary mechanisms for the development of tolerance and resistance to various treatments. Antibacterial medication combinations having synergistic effects are becoming increasingly popular in the fight against multi-drug-resistant pathogens like methicillin-resistant Staphylococcus aureus (MRSA). The proteome responses in MRSA were investigated using label-free quantitative proteomics under the stress of a sub-inhibitory dose of a synergistic medication combination of a new erythromycin derivative and oxacillin.

The gram-positive bacterium Staphylococcus aureus has long been regarded as one of the most important human infections. MRSA strains, which are resistant to antibiotics such as methicillin and other routinely used antibiotics, have expanded rapidly and have become endemic in most nations throughout the world, and are a primary cause of hospital-associated infections in developed countries. Although -lactams are commonly used to treat methicillinresistant S. aureus, they are incapable of killing MRSA. Other antimicrobials, such as fluoroquinolones and thirdgeneration cephalosporins, are ineffective against most MRSA strains, and only a few glycopeptide and lipopeptide antibiotics, such as vancomycin (VAN) and daptomycin (DAP), are allowed in clinics for MRSA treatment [1].

Although VAN is frequently used to treat patients with MRSA infections, it has flaws, including sluggish bacterial killing and poor tissue and intracellular penetration. Furthermore, with the increased usage of VAN, many reports of MRSA isolates with increased minimum inhibitory concentrations (MICs) for VAN have been documented. As a result, DAP, a US Food and Drug Administration-approved lipopeptide antibiotic for MRSA therapy, is becoming more widely recognised, particularly for MRSA strains with high VAN MICs [2].

Furthermore, clinical treatments often include multiple medicines, particularly for individuals with severe infections. For example, rifampin (RIF), a bactericidal antibiotic with great penetration and efficacy against cells in all stages of growth, is regarded as an appropriate adjuvant agent. Despite RIF's excellent action against MRSA, due to the quick establishment of resistance, it cannot be used alone. As a result, the combination of DAP and RIF has been utilised to treat MRSA on numerous occasions [3].

Then, in the absence and presence of antibiotics, we analysed the proteome profiles of developed strains with various characteristics. To our knowledge, no study has compared the proteomes of resistant and tolerant bacterial populations, let alone populations that evolved from the same parent and differ just slightly in genotypes. As a result, our findings should provide previously unobtainable insight into MRSA's two distinct antibiotic resistance mechanisms [5].

New antibiotics and semi-synthetic analogues with better antibacterial capabilities have been discovered as a result of several ongoing studies. In traditional medicine, a variety of plants have been used to treat bacterial infections as an alternative to antibiotics. Rhodomyrtone, an acylphloroglucinol derivative isolated from the leaf of Rhodomyrtus tomentosa (Aiton) Hassk, has been found to have antibacterial properties against E. coli and S. aureus. According to our preliminary findings, the ethanolic extract of R. tomentosa and rhodomyrtone had potent antimicrobial activity against a wide range of Gram-positive bacteria, including Bacillus subtilis, Enterococcus faecalis, Staphylococcus aureus, Staphylococcus epidermidis, and Streptococcus spp. Rhodomyrtone also had antibacterial action against biofilm-forming S. epidermidis and capsule-producing S. pneumoniae strains. 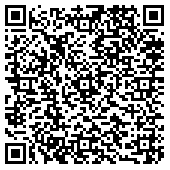