The more one learns about the relationships among and between vectors and operators in Hilbert space, about how the spaces of simple systems relate to those of complex ones, and about the equation which describes how state-vectors move through the space, the better will be one's appreciation of both the nature and the difficulty of the problems associated with the theory [3-6].

Hilbert space formalism that is the heart and soul of quantum mechanics suffers from a lot of shortcomings. Many of them have been solved by the previous workers. It has still many unsolved problems:

1. Problem is with the approach to construct and study of metrics where line segments are geodesic

2. Problem is with the Lie groups: If all continuous groups are automatically differentiable

3. Problem is with (a) axiomatic treatment of probability with limit theorems for foundation of statistical physics (b) the rigorous theory of limiting processes

5. Problem is with the description of relative position of ovals originating from real algebraic curve and as limit cycles of a polynomial vector field on the plane

An operator is intransitive if it leaves invariant some sub-space other than zero or the whole space; in the contrary case it is transitive. The existence theorem (i.e., that non-trivial invariant subspaces always exist) is expected to give a detailed structure theory of operators [7]. But, the theory has undergone repeated failure. For example, the plain invariance of a subspace under an invertible operator A does not imply its invariance under A-1.

On basis of the above points, naturally a question arises if any supplement or restriction on constraints is required in quantum mechanics. Now, as for interpretation of wave function, attention should be given to the true meaning of the wave-corpuscle duality [8-10]. The best known theory of spontaneous collapse is the so-called GRW theory (Ghirardi Rimini and Weber 1986), in which the collapse of the wave function occurs without any interaction between the system and anything else, describing the discontinuous transition from a coherent superposition of states to a single state upon measurement. While, the theory of decoherence is described as the spontaneous interaction between the system and its environment that lead to suppression of interference i.e. the coherence of the system's wave function becomes unobservable [11].

But the coherence cannot actually be destroyed by means of a continuous evolution in accordance with the Schrodinger’s equation. Thus, decoherence doesn’t completely neutralise the puzzle of quantum mechanics. Most importantly, although it shows how the probabilities inherent in the quantum wave function get pared down to classical-like particulars, it does not explain the issue of uniqueness: why, out of the possible outcomes of a measurement that survive decoherence, we see only one of them [12-14].

There are approaches such as Bohm, Everett or GRW; Copenhagen interpretation, Zeh and Zurek, Zurek, and decoherence by Giulini et al. and Schlosshauer. Apart from the above, there is a wide range of approaches to the foundations of quantum mechanics [15].

But the true meaning of the wave-corpuscle duality is still unclear.

Now, concern is that after everything is done, why it is not possible to find position and momentum at any time.

Finally I have come to the conclusion with these questions:

1. Does quantum mechanics claims its completeness, assuming that if any interesting area has been ignored.

2. What is the solution of measurement problem referring to the difficulty lying with the contradiction among Schrodinger wave equation, spontaneous wave collapse (GRW) and decoherence approach, and hence how the classical world may emerge from quantum mechanics.

On this basis, it seems appropriate to assume that a robust philosophy is required in quantum mechanics before one goes for suitable probability. 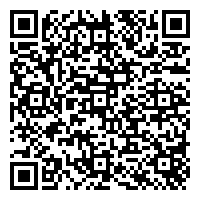