Tuberculosis accounts for nearly one third of world’s population and is declared as the most widespread infectious disease prevalent in India than HIV/AIDS. According to a survey conducted, the World Health Organisation (WHO) global TB report has stated India as the country with the highest number of TB cases reported in 2014 with an estimation of 2.2 million cases. The reason being TB highly prevalent in India is the country’s large population, lack of proper nutrition, compromised immune system and ignorance. Many reforms and policies are being undertaken by the government as well as the private sector health care providers to make India a TB free country. However the poorly unmonitored and unregulated private sector health care providers who are responsible for diagnosing and keeping records for half of the TB cases in India fail to report the accurate TB incidence. Ignorance and fear factor among the people has let the disease dominate the whole nation. In May 2012, centre declared TB as the notifiable disease with an immediate effect with an aim to bring about a positive change and improvement in collecting patient care information. It’s high time to make India a TB free country and together we can achieve it. 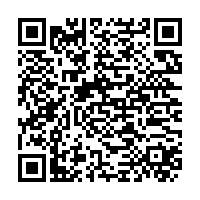