Tools and techniques of Molecular Genomics and Proteomics: A brief review

The breakthrough in Science and technology accelerated the understanding of many fields of Biology. The advancement in science and technology is also playing a major role in shaping our daily life, especially, for the present generation. Scientific in-depth analysis of cellular mechanism, interdisciplinary approaches and their impact on gaining specific knowledge for combating disease or exploring a microorganism revealed the infinite possibilities in front of us. One such scientific approach being implemented at present is molecular genomics. Molecular genomics received the much due attention of the scientific community after the human genome project (HGP) and the scientific community realized that there is much to know beyond the one-gene-one-protein hypothesis. Numerous scientific methodologies including both experimental and theoretical techniques aided in increasing the reliability and accuracy of the approaches and understanding. This review article provides an overview on the basic techniques and methodologies which became the synonymous with molecular genomics. 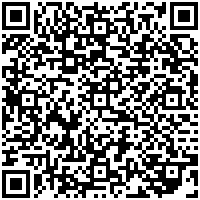