The Postulate of Equivalence Masses or the Law of their Proportionality?

The main sources of GTR problems are analyzed. First, physicists and geometers in explaining phenomena do not take into account the simultaneous existence of two spaces (linear space-time and curvilinear space-time). Secondly, it is shown that the initial postulate on the equivalence of inertial and gravitational masses is erroneous from the point of view of philosophy and physics. Moreover, experimental testing of the hypothesis is difficult because of the lack of accuracy of the measuring devices. It is shown that gravity can be considered as a quadratic effect of electrodynamics. The postulate on the equivalence of inertial and gravitational masses must be replaced by the law of proportionality of the inertial mass of the body and its gravitational charge. The new approach fits in perfectly with the idea of J. Thomson on the electromagnetic nature of material bodies. 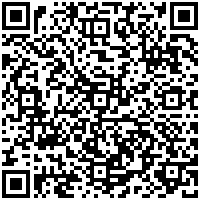