The Neurotoxicity of Caffeine is Potentiated by Phenylpropanolamine in Rats

Phenylpropanolamine (PPA) is a sympathomimetic drug (structurally related to ephedrine and amphetamine) which is widely used as a component in over-the-counter nasal decongestants and anorexiant medications. Recently, it has also begun to appear in “street” stimulants or amphetamine “look-alike” products. As public exposure to PPA increased, many complications were reported, including nausea, tremors, dizziness, palpitations, convulsive seizures, anxiety, agitation, hallucinations, and psychotic reactions.1-3 Phenylpropanolamine has therefore become a controversial drug, k7 and there is much debate about the risk [1]:benefit ratio of the drug. Ideally, debates about the risks and benefits should be settled on the basis of scientific data. For PPA this is difficult to do because most reports describing PPA toxicity is anecdotal, consisting of only one case or of a few cases. Furthermore, most reports of PPA toxicity have occurred following use of combination products containing other stimulants, usually caffeine and ephedrine. This makes it difficult to judge the validity of reports of PPA toxicity since the adverse reactions may be due to caffeine or other drugs or due to synergistic effects [2]. Despite the FDA ruling in 1983 to ban caEeine 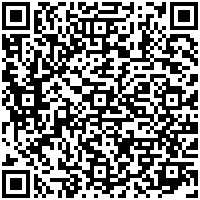