A two component model of gravitation potential for spiral galaxies has been proposed which couples a spherically symmetric component with a second component that observes planar radial symmetry on the galactic plane and vanishes outside an annular disk beyond the edge of galaxy’s effective radius. It is shown that such a model for potential satisfying Poisson Equation would produce rotation velocity curve towards the edge of the galaxy which is flat over distance from the galactic centre. This relationship, which is experimentally observed in many spiral galaxies, is shown as a consequence of classical understanding of gravity and specific symmetry of the gravitational potential without any extrinsic requirement of dark matter. It is also demonstrated that this potential directly yields a relationship between inner mass of the galaxy and terminal rotation velocity, which has been empirically observed and known as Baryonic Tully-Fisher relations. Furthermore a direct test has been proposed for experimental verification of the proposed theory. 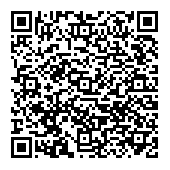