The creation of new scientific trend in chemical sciences, Chemical Mesoscopics, is caused because of fourth scientific schools such as sinergetics (systems self organization), fractal theory (systems self similarity), mesoscopic physics (nanosized particles physics), mesoscopic chemistry (chemistry into nanosized space). In this trend the investigations subjects the mesoscopic particles are appeared which are found in the nanosized field from 0,1 to 1000 nm at the phase coherence presence. The size of coherence field is limited by 1000 nm. Owing to the phase coherence the negative charge quants interence is possible with the chemical bonds formation as well as with increasing of chemical particles interactions. By analogy with the mesoscopic physics (mesoscopics) there are such notions as the charges quantization, spectrum quantization. At the same time in Chemical Mesoscopics the additional notion is introduced which corresponds to annihilation or the interaction of negative and positive charges quants. This notion is used at the explanation of reduction – oxidation (Red – Ox) reactions and also for the explanation of electrons shift as well as for distribution of electron pairs. The annihilation usually foreruns to interference process in Red – Ox reactions. The application of above notions for the description of chemical processes is considered [1] on the examples of investigations for new class of nanostructures (mesoparticles) – metal carbon mesoscopic composites. As result the following definition for Chemical Mesoscopic is proposed:
Chemical Mesoscopics is the science which studies the reactivity of nanostructures and mesoscopic particles and also nanosized systems from their formation moment to the active behavior in media and at modification of materials [1]. Theoretical fundamentals of this new science give the explanations for peculiarities of processes within multiples (or nanoreactors) and also the influence of nanostructures minute quantities on media and compositions.
Metal Carbon mesoscopic composites (mesocomposites) have unique structures which consist from nucleos – metal cluster (Cu, Ni, Co, Fe etc) and Carbon shell coordinated on metal cluster. The unique structures of Metal Carbon mesocomposites are explained by reactivity of Carbon shells which contain the poly acetylene and carbine fragments with unpaired electrons on the joints of fragments. The stability of shells is possible because of the interactions of double bonds, which take place in fragments, with metal clusters within mesocomposites. Therefore the investigations of these substances are very useful for the development of new scientific trend – Chemical Mesoscopics. The increasing of Carbon shell activity is obtained after the Red - Ox reactions at the modification of initial Metal Carbon mesoscopic composites by reagents containing the positive charged atoms (or oxidizers). These processes as it’s established in experiments lead to the shift of electrons on the more high energetic levels and the formation of unpaired electrons that is accompanied by the growth of atomic magnetic moments of mesocomposite cluster metals. The magnetic metal carbon mesoscopic composites synthesis (for example, initial metal carbon mesocomposites) is realized by mechanochemical method of the grinding of metal oxides microscopic particles with polyvinyl alcohol macromolecules. Then in the result the Copper or Nickel Carbon mesocomposites which have the following atomic magnetic moments: for Copper – 1,3 μB, for Nickel – 1,8 μB are obtained. The investigations are carried out on the analysis examples of processes of Copper and Nickel Carbon mesopaticles modification by the compounds containing p, d elements. In the middle of its such substances as polyethylene polyamine, ammonium iodide, ammonium polyphosphate (APPh), silica (SiO2), aluminium oxide, iron oxide, nickel oxide and copper oxide are used. It's noted that the red ox  processes are accompanied by the metal atomic magnetic moments growth (to 4 – 5 μB) that is explained by the electron shift on high energetic levels because of the annihilation phenomenon. The hypothesis concerning to the passing of two phenomena (annihilation and interference) at redox processes is proposed.
These particularities of structures and energetic characteristics of mesocomposites obtained cause their possibilities for applications in the different fields.

The examples of following applications in radical, red ox and addition processes as catalysts, reagents and also inhibitors as well as additives and modifiers improving properties of materials (inorganic and organic polymeric materials), adhesives and glues, fire proof systems, corrosion inhibitors, medicine magnetic transport remedies, stimulators of plant growth can be presented [2]. The Metal Carbon mesoscopic composites owing to their magnetic characteristics can be used in the electromagnetic radiation focal systems. This unique scientific trend discover new era in the development of novel nanostructures application 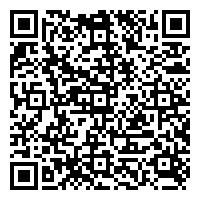